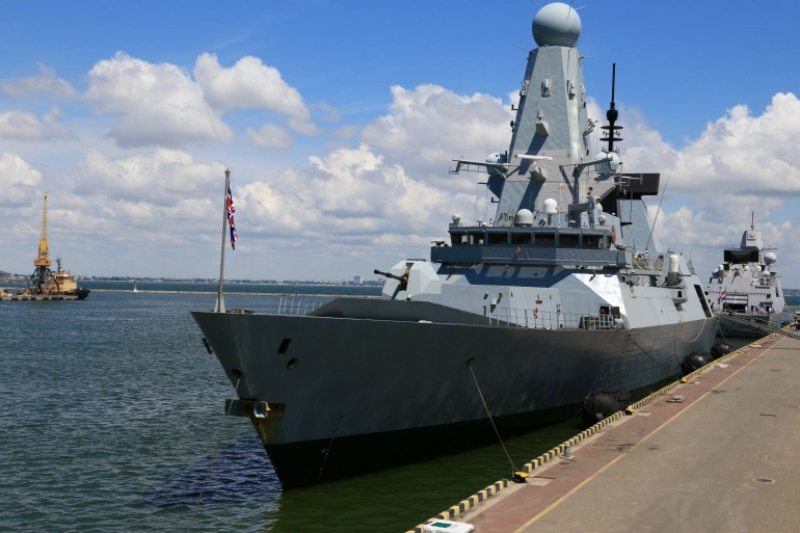 Russia, US and UK get into a heated war of words on Black Sea incident

Russia issued a warning, on Friday, to Britain and the United States against “tempting fate” by transferring warships to the Black Sea, and said that it would defend its borders by all possible means.

A war of words between Moscow, Washington and London has escalated as the three sides accuse one another of giving inaccurate accounts of an incident involving Russian forces and a British warship in the Black Sea.

Russia said it fired warning shots and bombs in the path of HMS Defender as it went off the coast of the Crimea peninsula.

Moscow has accused the Royal Navy destroyer of breaching its water territory.

A total of 20 Russian aircraft and two coastguard ships shadowed the British warship.

The UK government rejected Russia’s narration of the incident and denied warning shots of being fired.

A BBC correspondent, who was on the warship, accused the Russian military of harassing their HMS Defender in the Black Sea as it sailed to Georgia.

While the BBC defence correspondent Jonathan Beale was filing a report from the deck of the warship, an aircraft could be heard overhead. Meanwhile, the warship’s crew was preparing for a possible confrontation.

This event stood at odds with statements from the British prime minister’s office and defence ministry, which negated any confrontation. Their statement said any shots fired was a pre-announced Russian Military’s “gunnery exercise”.

Moscow, in a statement broadcast on state television, said it was ill-advised for the US and the UK vessels to near the coast of Crimea – a peninsula Moscow affixed from Ukraine in 2014.

Russia views Crimea as part of its territory, but the peninsula is internationally seen as part of Ukraine.

The Ministry’s spokesperson Major General Igor Konashenkov said, “We ask the Pentagon and the British Navy, who are sending their gunboats deep into the Black Sea, not to tempt fate in vain”.