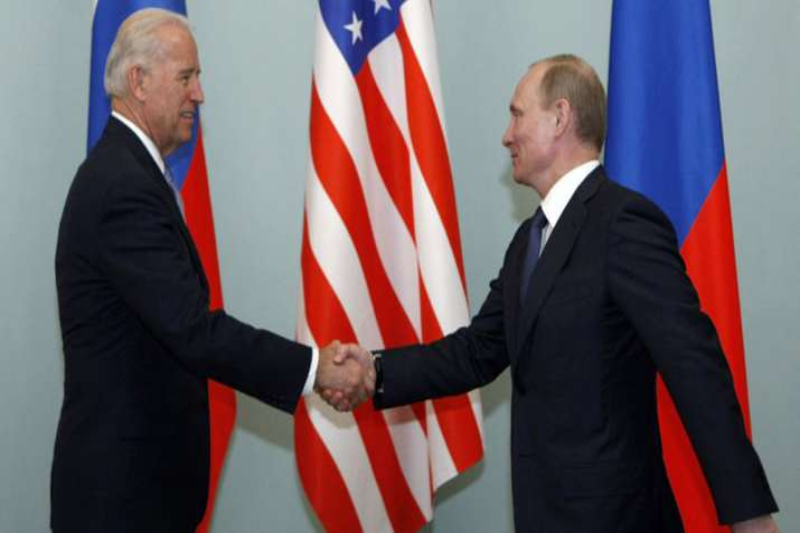 High tension summits between Russia and the US

Like the two previous meetings between American and Soviet leaders in Geneva in 1955 and 1985, the next summit between Joe Biden and Vladimir Putin could serve to keep the important path of diplomacy open. This week’s meeting is, according to the White House, an attempt to restore “predictability and stability” in Russian-American relations, following tensions not seen since the Cold War, some experts say. Russian meddling in the 2016 US elections, last year’s SolarWinds cyberattack in the US, and the jailing of opposition figures by Russian authorities have created a gap between the two sides.

But the most pressing issue they are likely to address is European security. Russia’s 2014 annexation of Crimea tightened the country’s relations with the West. Its military build-up along the Ukrainian border three months ago was seen by the United States and its European allies as a provocation and proof of Russian aggression in the region.

The two sides have already been here. Even when the United States, the Soviet Union, Britain, and France met for their first post-war Four Power Conference in Geneva in July 1955, European security was high on the agenda. West Germany had just joined NATO – the military alliance created only a few years earlier also to reject Soviet expansionism – despite repeated threats from the Soviet regime.

“There was a lot of tension all over Europe because of [West Germany’s NATO membership],” said Jussi Hanhimaki, professor of international history and politics at the Graduate Institute in Geneva. The Soviet response to NATO came in 1954, in the form of an Eastern mutual assistance treaty, the Warsaw Pact. But while the Pact died with the fall of the Soviet Union, since the end of the Cold War, NATO has welcomed the former Communist countries of Central and Eastern Europe, explicitly excluding Russia. “NATO enlargement means Russia is surrounded,” Hanhimaki said and explains some of the Kremlin’s foreign policy moves, including the annexation of Crimea and its aggressive stance towards neighboring countries. These days, talking about Ukraine and Georgia joined the transatlantic alliance is a sore point in relations between the West and Russia.” They are the crown jewels of the former empire, the red line the West would cross in the eyes of Russia” said Henrik Larsen, a researcher at the Center for Security Studies at the Federal Institute of ETH technology from Zurich.

In 1955, there was hope that the disagreements between East and West could be overcome. With Stalin’s death in 1953, it suddenly seemed possible that diplomacy would succeed in easing the tensions of the Cold War. Although the Soviets accepted a text on German reunification that even referred to free elections, the Geneva summit did not resolve the issue. The inclusion of West Germany in NATO continued to be an obstacle. Subsequent events, such as the Suez crisis and Soviet intervention in the Hungarian uprising just a year later, further dampened any hope of “peaceful coexistence,” a term the Soviets had just begun to use, according to Hanhimaki. The result of the summit, the Cold War expert said, was instead to open the doors to regular meetings between the two sides: “Diplomacy was not abandoned, a concern of the early stages of the Cold War.”

The summit is also noteworthy for laying the foundations for the concept of “open skies”, which US President Dwight D. Eisenhower brought to the negotiating table. Although its Soviet counterpart, Nikita Khrushchev, rejected the idea of ​​an agreement to allow mutual aerial surveillance of their respective military installations, US President George Bush relaunched it in the late 1980s. The result was the 1992 Open Skies Treaty, a pact of trust that was ratified by the United States, Russia, and over 30 other countries, and “a major détente agreement that marked the end of the Cold War,” as Larsen said.