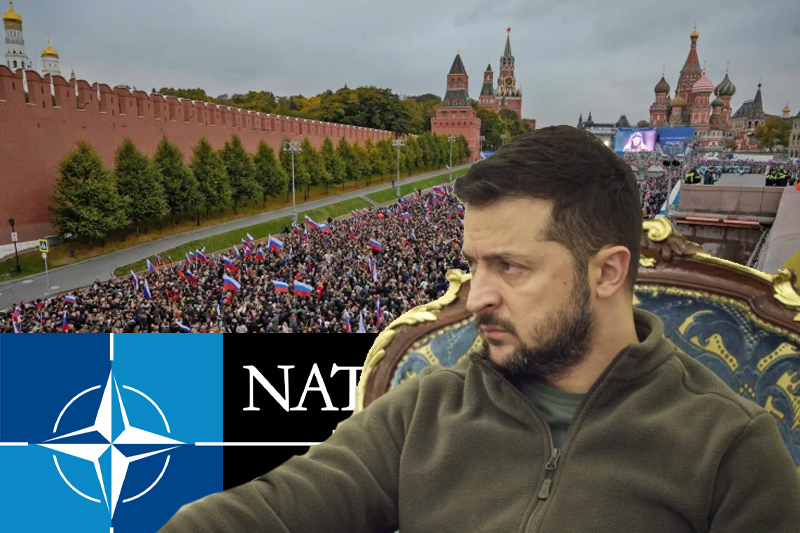 Russian President Vladimir Putin has proclaimed the biggest annexation of Ukrainian territory on Friday, claiming control over four occupied territories of Ukraine in defiance of international law. The formal announcement by Putin was made during a grand ceremony at the Kremlin, followed by a patriotic rally outside the premises. Putin declared formally that the “four partially occupied regions of neighbor’s south and east were joining Russia forever”.

The Russian President has time and again repeated his threats of nuclear war in attempt to defend his hold over the annexed territory. The unilateral annexation by Putin is a rather dramatic escalation of the seven month long Ukraine conflict. The ravaging war has resulted in huge losses from both the warring sides, with Moscow attempting to revive the loss by calling for thousands of reservists.

In response, the United States has also said that it was imposing “swift and severe costs” against the move by Putin in the form of a new round of sanctions. “The United States condemns Russia’s fraudulent attempt today to annex sovereign Ukrainian territory,” President Joe Biden said in a statement. “Russia is violating international law, trampling on the United Nations Charter, and showing its contempt for peaceful nations everywhere.”

Addressing the grand ceremony at Kremlin, Putin said, “This is the will of millions of people”, as he referred to the annexation. His speech was followed by signing documents by Moscow installed leaders of Donetsk, Luhansk, Kherson and Zaporizhzhia that proclaimed them part of Russia. This was followed by them joining hands with Putin and chanting “Russia! Russia!”

Soon after that, Zelensky posted a video online announcing Ukraine was applying for “accelerated accession to NATO”, a goal that has been on Kyiv’s agenda for years. “We strongly support NATO’s open doors, we strongly support bringing into NATO countries that seek to join and that can add to NATO’s capabilities,” Secretary of State Antony Blinken said. “There’s a process for doing that and countries will continue to follow that process.”