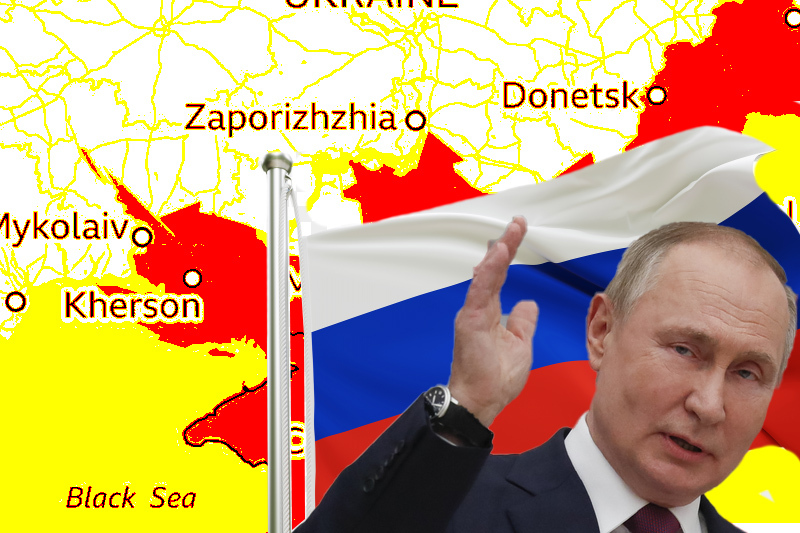 Russian President Vladimir Putin has signed decrees that would pave the way for formal annexation of the Moscow occupied Ukrainian regions of Kherson and Zaporizhzhia into Russia. It is expected that on Friday, the Russian president will sign into law the annexations of four Ukrainian regions of Kherson, Zaporizhzhia, Donetsk and Luhansk. These are the regions where Russia had held “sham referendums” over the last one week, an attempt to mandate the claim on these territories.

The decrees that were signed by Putin on Thursday night were made public by the Kremlin. According to these decrees, Putin had recognized Kherson and Zaporizhzhia as independent territories. This move is the critical intermediary step that is required for Putin to formally go ahead with his unilateral declaration of these regions as part of Russia. The other two regions of Donetsk and Luhansk were recognized by Putin as self-proclaimed republics in February.

Putin’s plans to sign the treaties on Friday to annex the Ukrainian territories is a major escalatory move during the seven month long Ukraine war. Putin has said he is “ready to defend those territories using all available means”, thus indicating he would be “willing to resort to a nuclear strike in order to avert Ukraine’s efforts to liberate its sovereign territory”.

Kremlin spokesman Dmitry Peskov told reporters Thursday that “four regions of Ukraine — Luhansk, Donetsk, Kherson and Zaporizhzhia — would be folded into Russia during a Kremlin ceremony attended by President Vladimir Putin, who is expected to give a major speech. Peskov said the regions’ pro-Moscow administrators would sign treaties to join Russia in the Kremlin’s ornate St. George’s Hall”, as noted by The Associated Press.

In response, Ukrainian President Volodymyr Zelensky has called an emergency meeting on Friday of his National Security and Defense Council. Seeking to capitalize on the anti-war sentiment in Russia, President Zelensky issued a video targeting ethnic minorities in Russia. “You do not have to die in Ukraine,” he said, wearing a black hoodie that read in English “I’m Ukrainian.” He called on the ethnic minorities to resist mobilization.