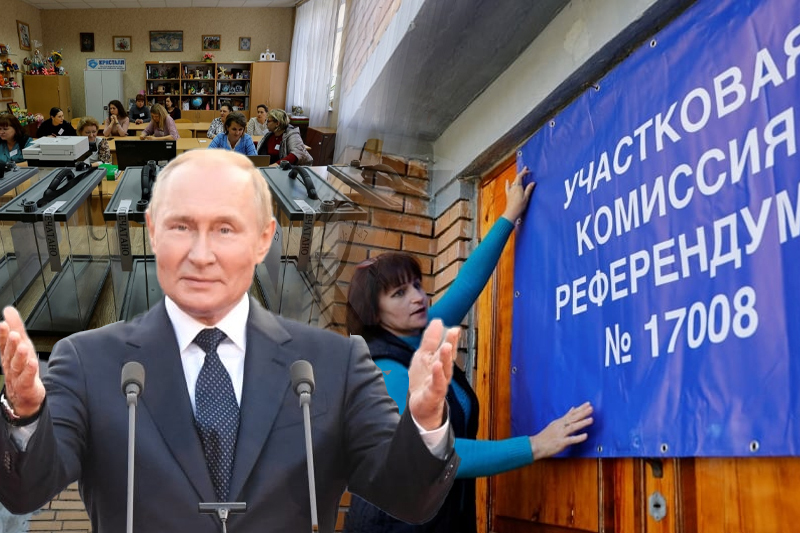 ukraine regions under moscow control to vote on joining russia

Ukraine regions under Moscow control to vote on joining Russia

According to Russia backed officials in Ukraine, the voting has commenced on Friday in Ukrainian regions that are currently held under Moscow, on referendums to join Russia as its part. These referendums that are orchestrated by Kremlin have been widely denounced by Ukraine and the Western nations, calling them shams that have absolutely no legal force. The referendums are being seen as a critical step by Moscow towards annexing the Ukrainian territories.

The voting is being conducted in the Luhansk, Kherson and partly Russian-controlled Zaporizhzhia and Donetsk regions of Ukraine. The experts underline that the vote is being conducted to ask the opinion of these area residents – do they want their regions to be part of Russia – is most certainly going in favor of Moscow. “That would give Russia the pretext to claim that attempts by Ukrainian forces to regain control are attacks on Russia itself, dramatically escalating the seven-month war,” notes The Associated Press. The voting is to continue for five days and will conclude on Tuesday.

Similar polls have also opened in Russia where the refugees can cast their ballot. Denis Pushilin, separatist leader of Moscow backed authorities in the Donetsk region has called the referendum on Friday “a historical milestone.” Vyacheslav Volodin, speaker of Russia’s lower house of parliament, the State Duma, said in an online statement as he addressed the occupied regions on Friday, “If you decide to become part of the Russian Federation — we will support you.”

Ukrainian officials have reported new rounds of shelling from Russia in various parts of the country. Vitaliy Kim, governor of the Mykolaiv region in southern Ukraine that borders the Kherson region, said “Explosions rang out in the city of Mykolaiv in the early hours of Friday”. On Friday morning, pro-Russia officials in the Zaporizhzhia region also reported a loud blast in the center of Melitopol, that was captured by Russian troops early in the war.