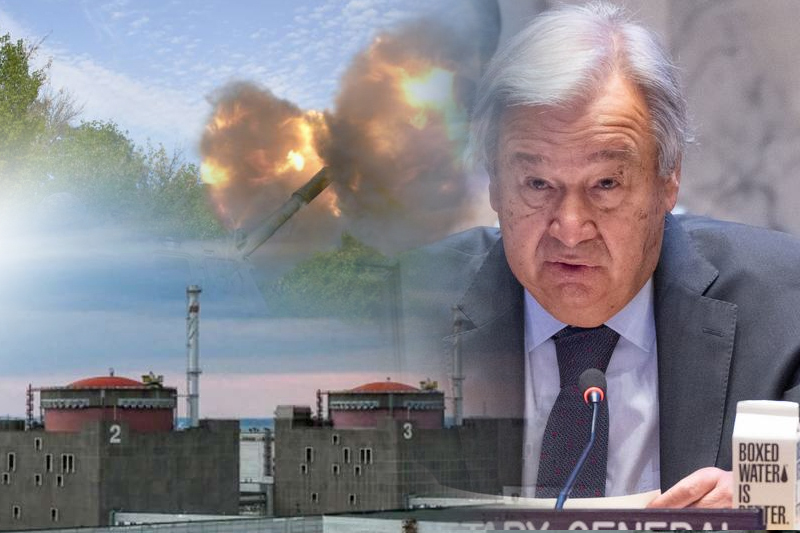 UN Secretary General Antonio Guterres has time and again raised concerns regarding looming nuclear catastrophe as shelling continues around and at the Europe’s largest nuclear plant located in Ukraine, Zaporizhzhia, that has been under control of Russian military since the beginning of Ukraine invasion. While addressing to the UN Security Council on Tuesday, the UN chief has once again stressed that any damage to Zaporizhzhia or to any other nuclear facility in Ukraine could lead to a widespread catastrophe.

“All steps must be taken to avoid such a scenario. Common sense and cooperation must guide the way forward. Any action that might endanger the physical integrity, safety or security of the nuclear plant is unacceptable,” the UN chief said.

I remain gravely concerned about the situation in and around the Zaporizhzhia plant, including reports of recent shelling.

Let's tell it like it is: Any damage – whether intentional or not – in Zaporizhzhia or any other nuclear facility in Ukraine, could spell catastrophe. pic.twitter.com/oi5a6sgOUS

Guterres has stressed that first crucial step to preserve integrity of the nuclear plant and ensuring its safety, security are prioritized is to re-establish the plant as a civilian infrastructure. “As a first step, Russian and Ukrainian forces must commit not to engage in any military activity towards the plant site or from the plant site. The Zaporizhzhia facility and its surroundings must not be a target or a platform for military operations,” he said.

He continued that as second step it is important to secure an agreement that the area around the facility as well as the entire plant premises is demilitarized. “Specifically, that would include a commitment by Russian forces to withdraw all military personnel and equipment from that perimeter and a commitment by Ukrainian forces not to move into it. Operators at the plant must be able to carry out their responsibilities, and communications must be maintained”.

Reiterating his support to the IAEA (International Atomic Energy Agency) and the 14 member inspector team at the plant, Guterres said, “I trust that the IAEA experts now deployed to Zaporizhzhia will be able to carry out their work without hindrance and contribute to ensuring lasting nuclear safety and security at the plant.  All of us have a stake in the success of their critical mission.”