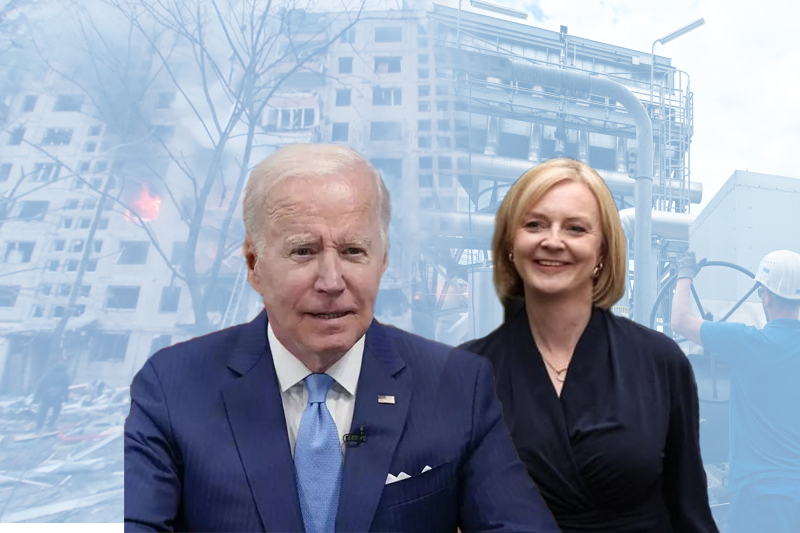 Soon after taking the office as the new Prime Minister of United Kingdom, Liz Truss came down to business with her cabinet’s foreign policy. And by the looks of it the leading issues for her administration’s foreign policy would be Ukraine war, global energy crisis and rising prices. On Tuesday night, Truss called United States President Joe Biden wherein the two leaders assured of their commitment to stand up against Russian president Vladimir Putin’s aggression and global economic challenges.

“I look forward to deepening the special relationship between our countries and working in close cooperation on global challenges, including continued support for Ukraine as it defends itself against Russian aggression,” Biden said in a tweet underlining the partnership between US and UK on these key agendas.

After calling Biden, Truss also called Ukrainian President Volodymyr Zelensky, focusing on what she described as “the extreme economic problems caused by Putin’s war”. According to the Downing Street, Biden and Truss have “reinforced their commitment to strengthening global liberty, tackling the risks posed by autocracies and ensuring Putin fails in Ukraine”. No 10 also noted the “enduring strength of the special relationship with the US”, a partnership that had at times appeared strained during her predecessor Boris Johnson’s time in the office. The leaders also have committed to strengthen their alliance through AUKUS and NATO. AUKUS defense pact was established to counter rising aggression of China in the Indo Pacific region.

According to the White House website, “President Biden and Prime Minister Truss discussed the importance of continued close cooperation on global challenges, including supporting Ukraine as it defends itself against Russian aggression, addressing the challenges posed by China, preventing Iran from ever acquiring a nuclear weapon, and securing sustainable and affordable energy resources.”

Liz Truss, who is UK’s fourth Conservative PM in six years told Zelensky that “Ukraine could depend on the UK’s assistance for the long term”. Downing Street has confirmed that PM Truss has accepted invitation to visit Ukraine soon. Zelensky has hailed the gesture by Truss to give him a call soon after assuming the office. “It is very important that Great Britain retains a leadership role in consolidating the free world and protecting freedom,” he said.

I became the 1st foreign leader to have a conversation with the newly elected 🇬🇧 PM @trussliz. Invited her to 🇺🇦. Thanked 🇬🇧 people for the major defense & economic aid for 🇺🇦. It's important that 🇬🇧 is ready to further strengthen it. Attention was paid to security guarantees 1/2