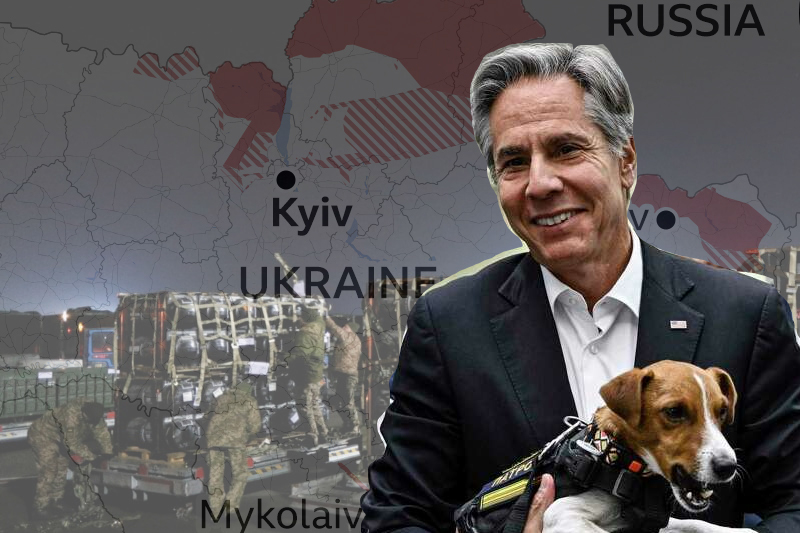 Blinken in Kyiv: uncovers $2b US military aid to European nations threatened by Russia

In an unscheduled visit to Ukrainian capital Kyiv on Thursday, US Secretary of State Antony Blinken unveiled new military aid of more than $2 billion by the Biden administration to Ukraine and other European nations that are threatened by growing aggression of Russia. Meeting with senior Ukrainian officials, Blinken said the “Biden administration would provide $2 billion in long term foreign military financing to Ukraine and 18 of its neighbors, including NATO members and regional security partners most potentially at risk for future Russian aggression.”

This US military aid is apart from another $675 million package extended by US to Ukraine alone. This package was announced by Defense Secretary Lloyd Austin earlier on Thursday at a conference in Ramstein in Germany. That package includes howitzers, artillery munitions, Humvees, armored ambulances, anti-tank systems among other defense aid. Austin said that “the war is at another key moment,” as Ukrainian forces have begun their counteroffensive in the south of the country in attempt to regain the territories from Russian military. He said that “now we’re seeing the demonstrable success of our common efforts on the battlefield”.

“The face of the war is changing and so is the mission of this contact group,” Austin told the meeting of the Ukraine Defense Contact Group, that was attended by NATO Secretary General Jens Stoltenberg and Ukraine’s defense minister along with officials from allied countries.

The announcements of defense aid packages from United States come as fighting between Ukraine and Russia has further intensified in recent days. Ukrainian forces have started their counteroffensive to retake areas held by Russian forces in the country’s south and east. Shelling near Zaporizhzhia nuclear plant in Ukraine, which is the largest nuclear plant in Europe, is continuing amid warnings by UN nuclear watchdog IAEA (International Atomic Energy Agency) of a looming nuclear catastrophe.