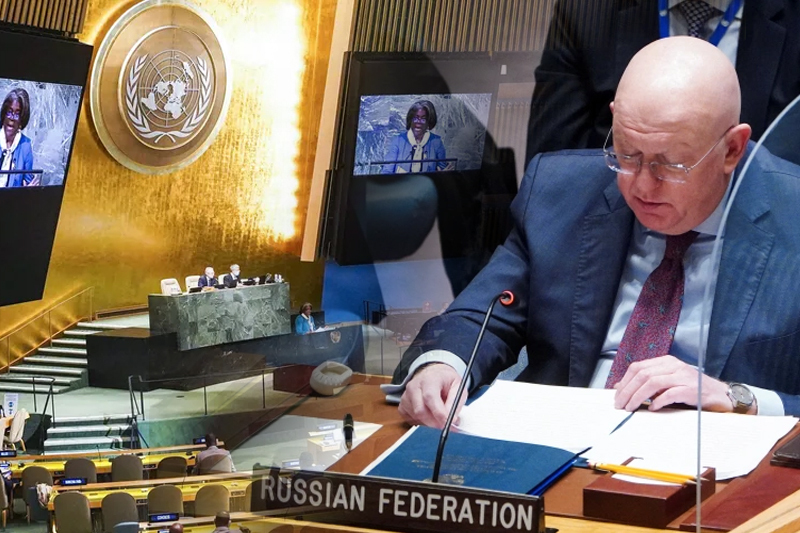 The United Nations Security Council has overwhelmingly rejected attempt by Russia to establish a commission for investigating the unfounded claims extended by it that “Ukraine and the United States are carrying out military biological activities that violate the convention prohibiting the use of biological weapons”. Only China had supported Russia’s resolution, while the U.S., the UK and France voting “no” and the 10 other security council nations abstaining from vote.

Russia had circulated the draft resolution and a 310 pages long document to council members last week that had alleged that military biological activity has been taking place at biological laboratories in Ukraine with support being given from the U.S. Defense Department. The proposed resolution called for the UN Security Council’s 15 members must carry out the investigation into Russia’s complaint, as is allowed under Article VI of the biological weapons convention, and present a report with its recommendations to the UN council by November 30.

After the voting that did not go in Russia’s favor, Russia’s deputy ambassador Dmitry Polyansky claimed, “Western countries demonstrated in every way that the law does not apply to them” and “are ready to trample any norm, to flout any rule,” accusing them of a “colonial mentality.” United States Ambassador Linda Thomas Greenfield countered that the US had voted against the resolution “because it is based on disinformation, dishonesty, bad faith, and a total lack of respect for this body.”

Abstaining from the vote, Mexico’s deputy ambassador Juan Manuel Gomez Robledo said that reason of not voting was lack of evidence by Russia to support its claim. Thomas-Greenfield, the U.S. ambassador has called the meeting “a colossal waste of time” and said the “claims are part of a Moscow’s disinformation campaign that is attempting to distract from the atrocities Russian forces are carrying out in Ukraine and a desperate tactic to justify an unjustifiable war.”