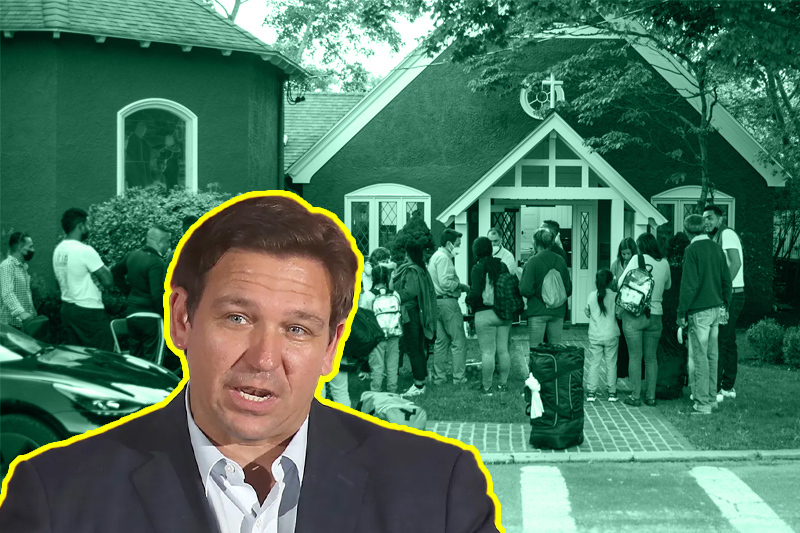 why is desantis sending migrants to marthas vineyard

Why is DeSantis sending migrants to Martha’s Vineyard?

Scores of migrants from Venezuela are being sent by Ron DeSantis from Florida to Martha’s Vineyard, a wealthy liberal island on the East of US, without any fair warning. The move has been criticized by President Joe Biden as “playing politics with people’s lives”. The two flights of migrants that were sent to Martha’s Vineyard from Republican led state of Florida have met with huge scrutiny by immigration activists and Democrats.

Why are migrants being moved to other states?

“It’s like me taking my trash out and just driving to different areas where I live and just throwing my trash there,” said advertising executive Max Lefeld, a Venezuelan American who’s a founding member of the Casa Venezuela Dallas foundation, that supports recent refugees. DeSantis, who is expected to run for the 2024 Republican party’s presidential nomination, arranged for two charter planes that transferred about 50 migrant adults and children from Texas to Martha’s Vineyard on Wednesday. The argument that DeSantis offered was that “every community in America should be sharing in the burdens”. DeSantis also told a press briefing that he aimed to bring attention to, what he claims, as failure of Biden administration to secure US – Mexico border, leading to huge influx of migrants and asylum seekers.

The President has also slammed Texas’s Republican governor, Greg Abbott for aiding DeSantis in this politically motivated act. “Abbott arranged for two buses from his state to drop off more than 100 migrants from Colombia, Cuba, Guyana, Nicaragua, Panama and Venezuela at the Washington DC residence of the vice-president, Kamala Harris, on Wednesday, shortly before the Massachusetts planes landed”, The Guardian noted.

“Instead of working with us on solutions, Republicans are playing politics with human beings, using them as props,” Biden said at a gala for the Congressional Hispanic Caucus in Washington DC. “What they’re doing is simply wrong. It’s un-American, it’s reckless and we have a process in place to manage migrants at the border. We’re working to make sure it’s safe and orderly and humane.”

DeSantis, Abbott and Doug Ducey, governor of Arizona, have sent thousands of migrants to Democratic-run states and cities which they say are liberal over immigration. However, Massachusetts, where Martha’s Vineyard is located, has a Republican governor, Charlie Baker.