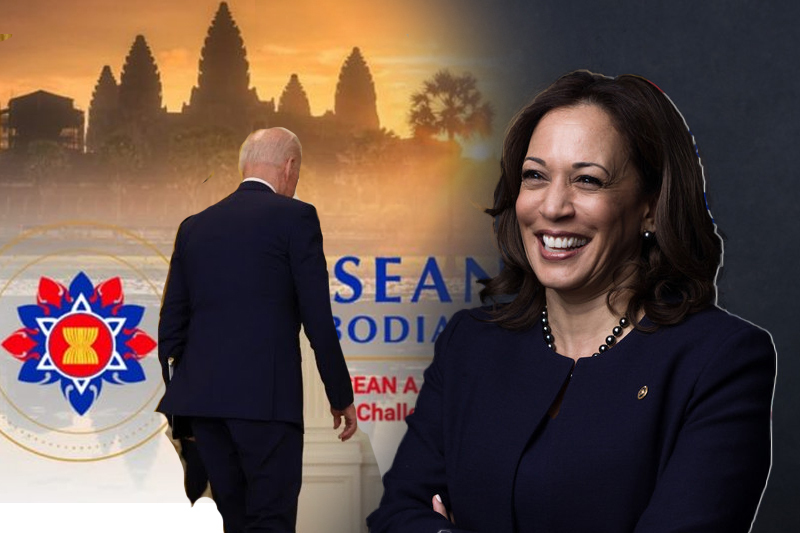 US: Vice President Harris to take Biden’s place at the third Asian summit in Bangkok

The President of the United States, Joe Biden, will not attend the summit of the Asia-Pacific Economic Cooperation (APEC) forum taking place in Bangkok, the capital of Thailand, on November 18-19.

According to the White House, Vice-President Kamala Harris will represent the United States at the Bangkok summit. Biden will travel on November 11 to the annual United Nations (UN) climate conference in Egypt. Subsequently, he will attend the East Asia Summit in Cambodia and the Group of 20 (G20) summit in Bali. However, he will not attend the summit of the Asia-Pacific Economic Cooperation (APEC) forum as he will attend his granddaughter’s wedding.

According to experts and analysts, Biden will have the opportunity to travel to Thailand in 2023 when the country would replace Cambodia as chair of the Association of Southeast Asian Nations (ASEAN).

Earlier this month, the head of the forum said that leaders attending the summit in Thailand can cooperate on various issues. Rebecca Fatima Sta. Maria, executive director of the APEC Secretariat, said that countries can cooperate despite participants like Russia, the U.S., China and Taiwan having differences.

Recently, French President Emmanuel Macron confirmed his attendance at the APEC forum in Bangkok as a special guest of the prime minister. Macron accepted an invitation from Prime Minister Prayut Chan-o-Cha on October 3 to attend the APEC event. Tanee Sangrat, director-general of the ministry of foreign affairs department of information, also confirmed the news. New Zealand Prime Minister Jacinda Ardern also accepted the invitation to attend the APEC meeting.