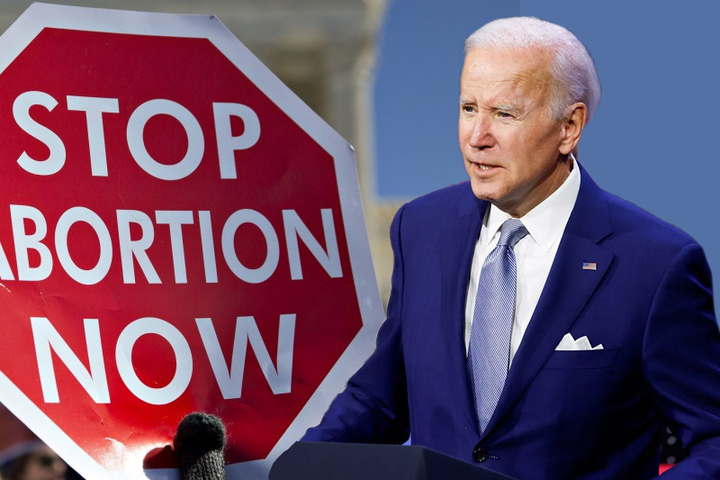 Friday, October 21, US President Joe Biden pledged to use his veto authority to preserve women’s rights if Republicans win control of Congress in November’s midterm elections and approve legislation to criminalize abortion statewide.

In an interview with MSNBC, Biden was asked what he would do to defend women’s rights if Republicans took control of the legislature. He responded, “Veto whatever they do.”

This week, the president of the United States attempted to rally his left-leaning constituency by pledging to sign a measure codifying abortion rights in January if the Democrats win the midterm elections next month.

In November, Biden’s Democrats could lose control of the House of Representatives and possibly the Senate as well. The president is attempting to unify the party and its followers around the issue of abortion rights, which have been severely restricted since the Supreme Court’s decision over four months ago to overturn the landmark Roe v. Wade verdict.

If more Democrats are elected to the Senate and the House remains in Democratic hands, Vice President Joe Biden has stated that he will sign a measure guaranteeing women’s right to abortion nationwide in January.

Democrats, who mainly support abortion rights, presently hold a slender majority in the House and control the 50-50 Senate through Kamala Harris’ capacity to break ties. The majority of Republicans reject abortion rights.

To criminalize abortion, Republicans would need to pass legislation, but it would not become law unless approved by Vice President Joe Biden.

The president must sign the document. “I’ll object,” he said.

In June, the Supreme Court reversed the 1973 Roe v. Wade ruling that recognized women’s constitutional right to abortion, sparking denunciation from Biden and giving Democrats hope that indignation over the decision would push people to the polls in November.

But according to Reuters/Ipsos polling, high inflation remains at the forefront of voters’ minds, with only 8% of Americans citing the end of national abortion rights as the issue that will most influence their vote in November, compared with 27% who cited inflation in a survey conducted from September 27 to October 3.