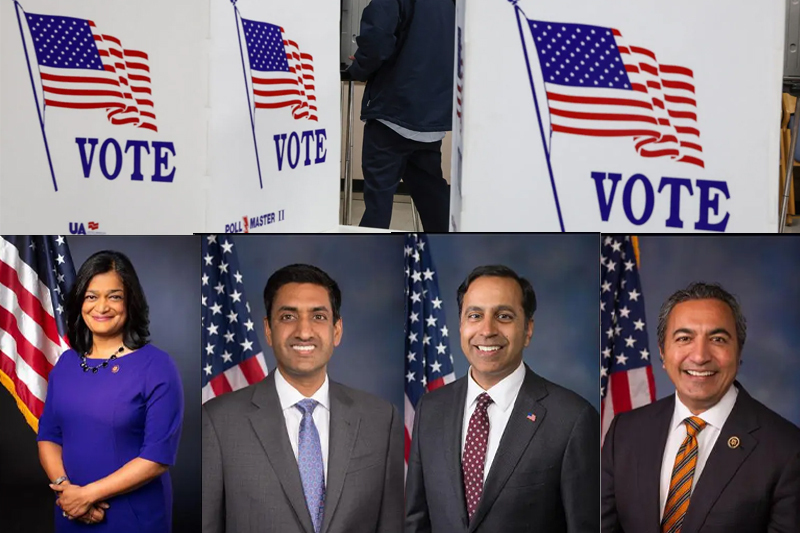 US Mid-Term Polls: Indian-American lawmakers elected to House of Representatives

Five Indian-American lawmakers were elected to the United States House of Representatives during the US mid-term elections, which can be a vital point for US politics. The four Indian-American lawmakers who were elected from the ruling Democratic Party were Raja Krishnamoorthi, Ro Khanna, Pramila Jayapal and Ami Bera. The newcomer, Shri Thanedar, a businessman and entrepreneur, won from the 13th Congressional District of Michigan on a Democratic ticket. He won his first election in the US House.

Earlier, the President of the US, Joe Biden, called the midterm polls a “Good Day” for Democracy. He reportedly said, “Our Democracy has been tested in recent years, but with the votes of the American people, we have proved once again that it’s Democracy who we are.” On November 8, electors across the US voted to decide whether the Democrats or Republicans would control the Senate and House of Representatives. All 435 seats in the House of Representatives and 35 of the 100 seats in the Senate were contested