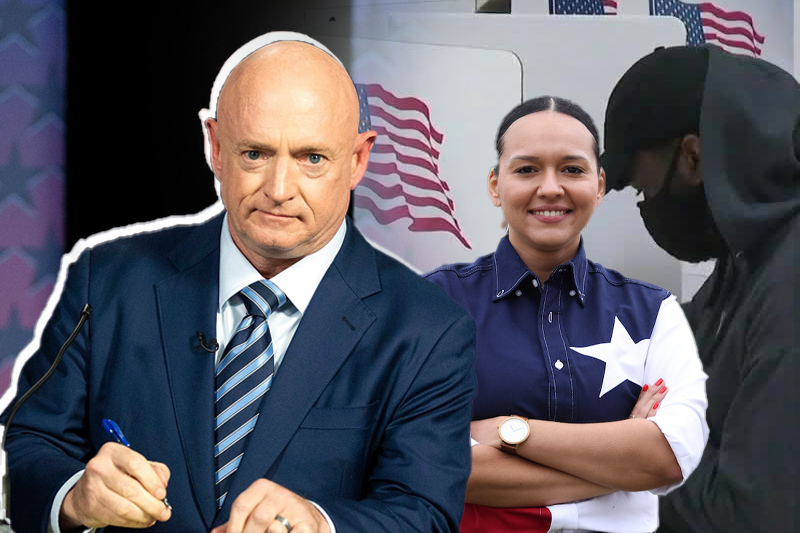 Upcoming midterm elections are a big gamble for Republicans as well as Democrats as Biden administration is keen to take a lead. Arizona’s Democratic senator Mark Kelly frequently consults his “Latino kitchen cabinet”, a smart move to bring in the support. Similar is in south Texas where the Democratic House candidate Michelle Vallejo hosted a neighbourhood quinceañera. Also in Georgia, Democratic “gubernatorial” candidate Stacey Abrams made an appearance on stage at La Raza’s Fiesta Mexicana. Such are the developments across all deciding states as Democrats are scrambling to actively engage with Hispanic voters.

This comes roughly two years after, surprisingly, Donald Trump had managed to bag a substantial number of Latino votes, even though he had lost to Joe Biden in the 2020 presidential elections. Democrats do not want that to be repeated again, especially considering that Hispanic votes have been historically inclined towards the Democrats. This has laid ground of a new battle between the two parties and making the Hispanic vote bank the most sought after and in high probability the deciding factor in upcoming midterms.

Latino voters make the most critical vote bank in deciding states for the US Senate control, including Nevada, Arizona and Georgia. For the House control also, they are critical in states like Texas, Florida and California. “Latinos get to decide the future of these states, which means they get to decide the future of our entire country with their vote,” said Cristina Tzintzún Ramirez, president of the progressive youth voting group, NextGen America.

A poll conducted by New York Times/ Siena College has found that a majority of Hispanic voters (56 per cent) have said they plan to vote for Democrats in the November midterms, while 32 per cent are tipping towards Republicans. But this support for Democrats has weakened over years, poll shows, primarily due to economic chaos. “What we’re seeing here is Latino voters very much concerned about their quality of life as they consider who they’re going to vote for and how they’re going to vote,” said Arturo Vargas, executive director of National Association of Latino Elected and Appointed Officials Educational Fund (Naleo), which has commissioned a tracking poll of Latino voters this cycle.

“The solutions and economic policies of the Democratic party speak to the greatest number of Latinos’ pain, but that’s not enough to make sure that they come out and vote for Democrats,” Ramirez of NextGen said. “If Democrats want their vote, they need to spend more money and time speaking to the Latino community, especially younger Latinos.”