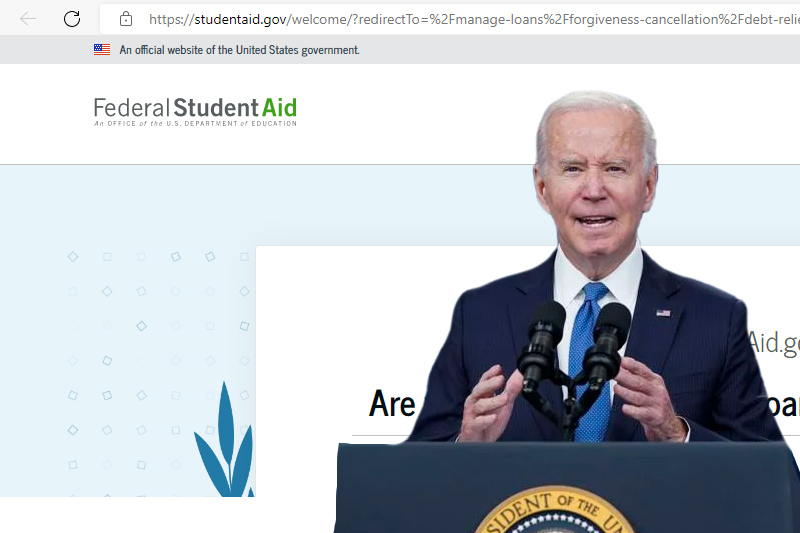 President Joe Biden, in a big win for his administration, on Monday has officially kicked off the application process for his much anticipated student debt cancellation program. The White House also announced that “8 million borrowers had already applied for loan relief during the federal government’s soft launch period over the weekend”.

Encouraging tens of millions of Americans eligible for potential relief from student loan to visit website studentaid.gov, stressing that the application form would take less than five minutes to complete. An early, “beta launch version of the online form released late Friday handled the early stream of applications without a glitch or any difficulty,” Biden said. “It means more than 8 million Americans are — starting this week — on their way to receiving life-changing relief,” Biden, accompanied by Education Secretary Miguel Cardona, said Monday.

President Biden has celebrated his program as a “game-changer” for millions of Americans who are burdened with student loan debt.

According to the White House, the number of borrowers who have applied for the student loan forgiveness program during its testing period already has amounted to more than one fourth of the total number of applicants that was projected by the administration to submit forms. Around 8 million borrowers who have income information already on file with the Education Department would see their debt canceled without applying, as mentioned by The Associated Press.

The program by President Biden calls for $10,000 in federal student debt cancellation for the people with incomes below $125,000 a year, or households that have income of less than $250,000 a year. The individuals who received federal Pell Grants to attend college are eligible for an additional $10,000. Under the plan about 20 million people are eligible to get their federal student debt erased entirely.

“My commitment was if elected president, I was going to make government work to deliver for the people,” Biden said. “This rollout keeps that commitment.”