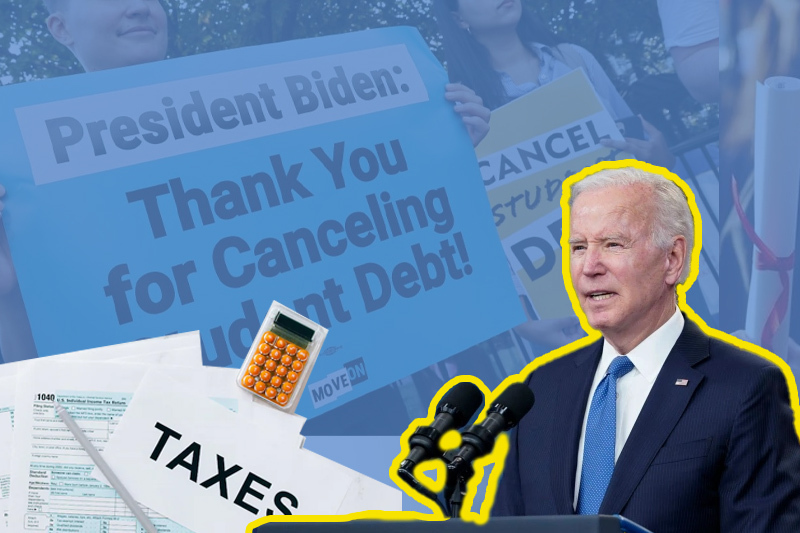 Why a Wisconsin group is asking to block Biden’s student loan forgiveness plan?

The much anticipated and big victory for the Biden administration – the student loan forgiveness plan – is meeting some roadblock. A taxpayers’ group in Wisconsin has asked US Supreme Court to step in and temporarily block President Biden’s student loan forgiveness program, the application process for which was kickstarted on Monday. Student loan cancellation, which is estimated to be worth $20,000 per eligible borrower, could begin as soon as October 23 in absence of court intervention, according to the filing from the Brown County Taxpayers Association.

The request was filed to Justice Amy Coney Barrett, who has jurisdiction over the lower court that has ruled on the case.

Why the Wisconsin group is demanding blocking the Biden’s plan?

The group’s lawsuit had not been able to gain traction at lower court. A trial-level federal judge had dismissed the case filed by Wisconsin group within two days after it was filed. In a one-sentence order, the US 7th Circuit Court of Appeals also refused the plaintiff’s emergency request for a pause, according to CNN.

The Brown County Taxpayers Association, the Wisconsin group which is being represented by the Wisconsin Institute for Law and Liberty, argues that the “President does not have the legal authority to implement his student loan forgiveness program”.

Filing the fresh case in Supreme Court, the group has said that implementation of Biden’s plan would be a huge blow to US Treasury and taxpayers. “We are witnessing a gargantuan increase in the national debt accomplished by a complete disregard for limitations on the constitutional spending authority,” they wrote. However, the Biden administration argues that Congress has given the secretary of education the “power to discharge debt in a 2003 law known as the HEROES Act”.

The problems are immense for Biden administration’s program as in a separate lawsuit, six states led by GOP have also asked a federal judge to block the student loan cancellation until a final ruling is issued on the case. The states have argued that the “Biden administration does not have the legal authority to grant broad student loan forgiveness”.