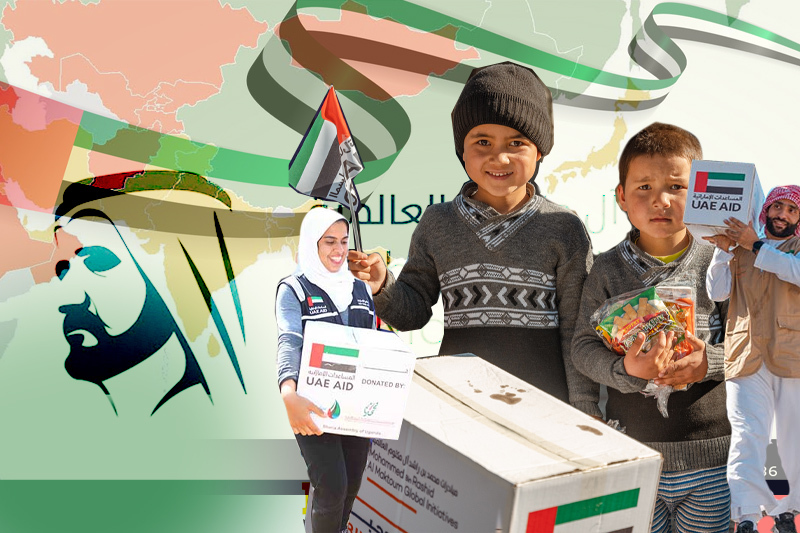 Continuing to provide humanitarian aid to all the people and countries in need, United Arab Emirates has yet again proved that principles of empathy and humanity are deeply instilled in the people and leadership. Through its ‘1 Billion Meals Initiative’, which is also the region’s largest food donation drive, UAE has successfully extended support to scores of people in 50 countries across four continents. The initiative has announced to have completed distribution of over 2.5 million meals across 7 Asian countries in collaboration with the Mohammed bin Rashid Al Maktoum Humanitarian and Charity Establishment (MBRCH).

The 1 Billion Meals Initiative, that is organized by Mohammed bin Rashid Al Maktoum Global Initiatives (MBRGI) has provided food support to scores of undernourished people in cities and villages of India, Pakistan, Tajikistan, Kyrgyzstan, Kazakhstan, Philippines, and Cambodia. The meals, in the form of food parcels comprising ingredients to enable individuals and families to prepare healthy and nutritious meals for several weeks, were delivered directly to approximately 75,000 beneficiaries, reported state news agency WAM.

Ibrahim Bumelha, Advisor to His Highness Sheikh Mohammed bin Rashid Al Maktoum for Cultural and Humanitarian Affairs and Vice Chairman of MBRCH, said, “Under the directives of His Highness Sheikh Mohammed bin Rashid Al Maktoum, our cooperation is ongoing to support those in need and provide aid across the countries in which MBRCH has an active role, or in which we cooperate with international organisations and local charities for the benefit of people.” Bumelha added, “With the vision of its leadership, the UAE is a beacon of hope and charitable and humanitarian work that makes a positive impact on the lives of millions of people around the world. We are committed to expanding our relief efforts in cooperation and coordination with leading organizations such as MBRGI.”

UAE has always been consistent and pioneer in extending humanitarian aid and any support to countries during times of crises irrespective of region, religion or politics. This vision of UAE’s founding fathers and leadership continues to support the people in need and do the charitable work across states.