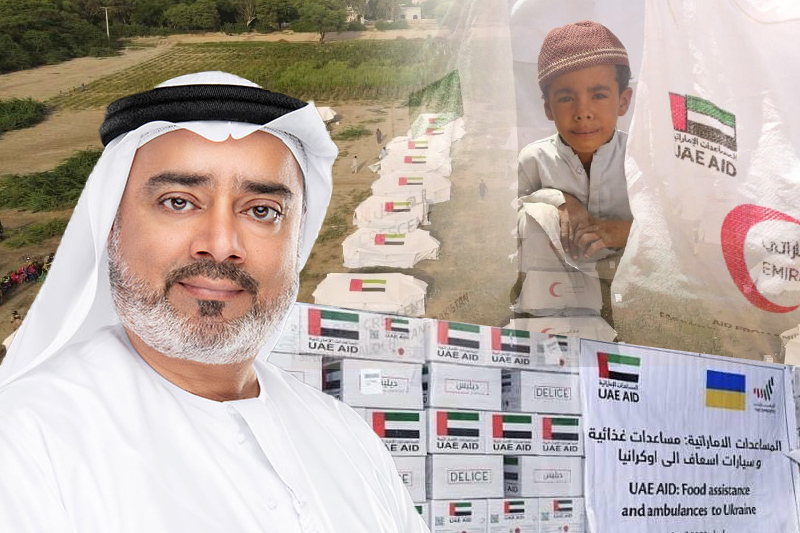 uae leading the world in extending humanitarian aid to all

UAE leading the world in extending humanitarian aid to all

The United Arab Emirates, in recent times, has exhibited itself as the pioneer in extending humanitarian aid and support to all people in need during times of war, conflict and climate crises. The country, led by its vision – rich leadership has always treaded on path of humanity and empathy and being consistent in its efforts to promote world peace.

The President of the Emirates Center for Human Rights Studies, Lawyer Zayed Al Shamsi has reiterated the keenness by UAE to help the people in need around the world, especially those impacted adversely by wars and crises. He added that a country’s humanitarian vision to bolster human solidarity globally is reflected by its keenness and passion to help the needy people and refugees during the times of war.

The Emirates Center for Human Rights Studies commended the pioneering humanitarian role of the President of the UAE, His Highness Sheikh Mohammed bin Zayed Al Nahyan, by providing additional humanitarian relief aid worth $100 million to civilians in Ukraine who have been impacted by the ongoing conflict between Russia and Ukraine.

Apart from Ukraine, UAE based NGO ‘Noor Dubai’ has also resumed its humanitarian activities in Nepal by launching seven day eye camp. UAE is also providing humanitarian aid to drought affected Somalia. According to state news agency WAM, in cooperation with the Somali Disaster Management Authority (SoDMA) and other authorities, UAE is continuing to distribute aid to the local population and displaced people in areas most affected by the drought, including Mahas and Mataban regions in Hiran Governorate, Hirshabelle State. This aid is part of efforts to distribute more than 1,000 tonnes of relief supplies to the Somali people. The aid arrived on an Emirati aid ship to the port of Mogadishu to bring aid to approximately 2.5 million people affected by drought. UAE’s ‘1 Billion Meals Initiative’, which is also the region’s largest food donation drive, the country has successfully extended support to millions of people in 50 countries panning across four continents. The initiative has announced to have completed distribution of over 2.5 million meals across 7 Asian countries in collaboration with the Mohammed bin Rashid Al Maktoum Humanitarian and Charity Establishment (MBRCH).

Mr. Al Shamsi pointed out that the “UAE is a country of benevolence and giving, and is always keen, with its global positions, to support humanitarian efforts and permanent calls for the promotion of world peace”. He further added that “the humanitarian aid that came in response to the urgent appeal of the United Nations and the regional response plan for refugees from Ukraine, will contribute to alleviating the burdens on refugees affected by the crisis, especially with the approach of winter.”