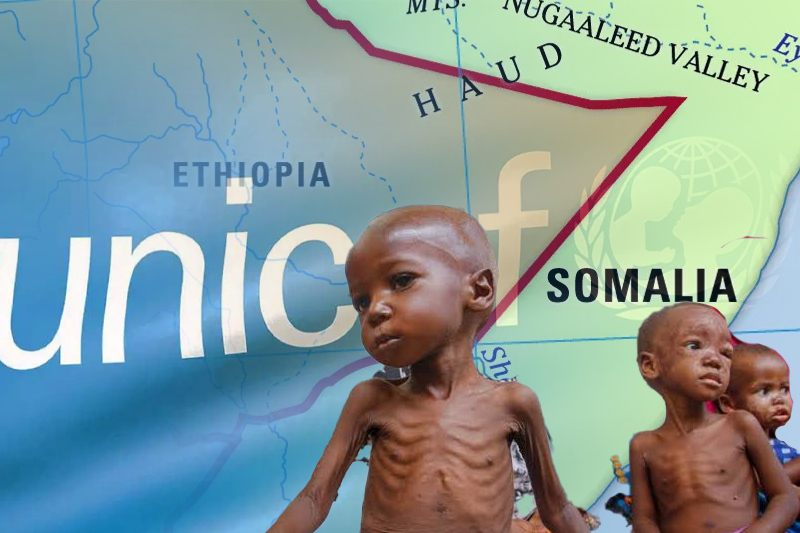 The UN Children’s Fund (UNICEF) has urged for stepped up global aid and support as drought affected Somalia is facing unprecedented number of deaths among children.

“Without greater action and investment, we are facing the death of children on a scale not seen in half a century,” Spokesperson James Elder told journalists in Geneva. “A child is admitted to a health facility for treatment of severe acute malnutrition every single minute of every single day”, he said.

The latest data reveals that since August around 44,000 children have been admitted, which is roughly 1 child per minute. “Severely malnourished children are up to 11 times more likely to die of diarrhoea and measles than well-nourished children. With rates such as these, Somalia is on the brink of a tragedy at a scale not seen in decades,” said Mr. Elder.

A looming famine in Horn of Africa has been on the warning radar of UN agencies for long now. The region is experiencing worst drought in about 40 years, impacting more than 20 million people across several nations in the region. In Somalia, “famine is projected in Baidoa and Burhakaba districts in Bay Region between this month and December, if aid does not reach those most in need,” reported the UN humanitarian affairs office, OCHA.

Mr. Elder has raised warning about the worsening of situation if aid doesn’t arrive at time. “When people speak of the crisis facing Somalia today, it has become common for frightful comparisons to be made with the famine of 2011 when 260,000 people died. However, everything I am hearing on the ground – from nutritionists to pastoralists – is that things today actually look worse,” said Mr. Elder.

UNICEF shares that more than 300,000 children have been treated by the agency staff of severe acute malnutrition this year alone. But Elder has shared concerns over inadequate funds and aid for the long term “to prevent famine from happening, again and again.”