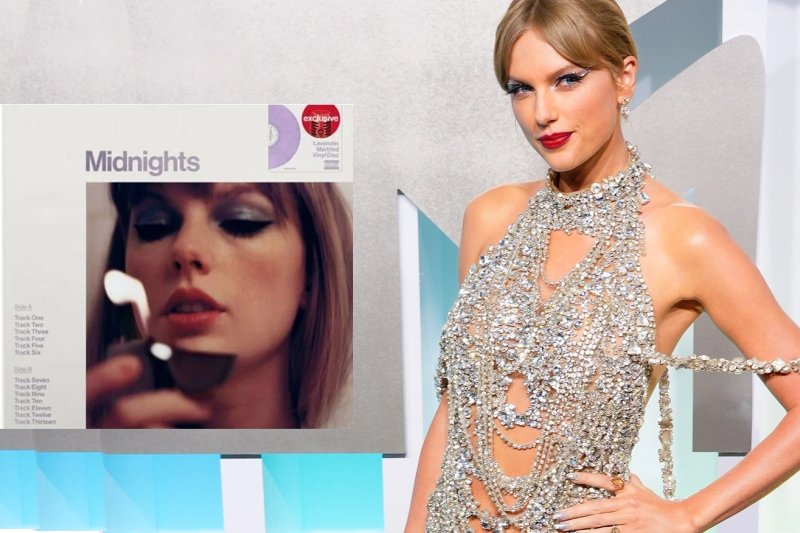 “I just wanted to first of all say thank you so much to Amazon for giving me an opportunity to show you guys a first look teaser trailer of the secret projects that I’ve been working on for a really long time,” Swift stated in the teaser.

“Those projects are the ‘Midnights’ music movies, the music films I made for this album to visually interpret the songs. I adore narrative, songwriting, videowriting, and directing. Rina Yang, my collaborator on the 10-minute short film “All Too Well,” was my cinematographer again, which was great. We wanted to challenge ourselves this time and stretch, and I’m proud of what we did and hope you like it. The teaser trailer will reveal our fantastic actors.”

Swift tweeted following the teaser that the first music video will be for “Anti-Hero” and premiere Oct. 21 at 8 a.m. ET. Swift and Antonoff wrote “Anti-Hero,” the third track.

Track 4, “Snow on the Beach,” will feature Lana Del Rey, Swift said earlier this month. Swift called the cameo “QUITE the twist of an ending” on Instagram.