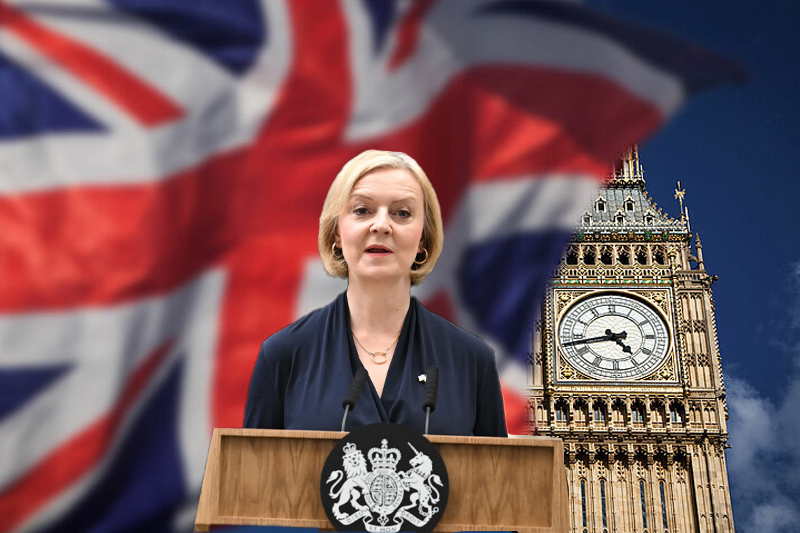 Just 45 days into office at 10 Downing Street, United Kingdom Prime Minister Liz Truss has resigned from the premiership, becoming the shortest serving prime minister of Britain. Speaking outside of 10 Downing Street on Thursday afternoon, Truss announced that there will be another leadership election within the ruling Conservative Party to decide her successor. Announcing her resignation, Truss said she arrived in office during a “time of great economic and international instability.”

“We delivered on energy bills and cutting national insurance,” she continued. “We set out a vision for a low tax high growth economy that would take advantage of the freedoms of Brexit.” But added, “Given the situation, I cannot deliver the mandate on which I was elected.”

“This morning I met the chairman of the 1922 Committee, Sir Graham Brady. We’ve agreed that there will be a leadership election to be completed within the next week. This will ensure that we remain to deliver our fiscal plans and maintain our country’s economic stability and national security. I will remain as prime minister until a successor has been chosen.”

Rishi Sunak back in picture

As the race to choose next leader at Downing Street begins, Rishi Sunak is back in the scene again with many MPs already declaring their support to the former Chancellor of UK. Among the MPs who voiced their support for Sunak on Twitter were Simon Hart, Helen Whately, Huw Merriman and Nick Gibb. Hart said that this was “no time for experiments; no time for frivolity…this means choosing someone serious, tested, competent and kind.”

After the last few weeks the very least we can do for the country is get the right Prime Minister this time. No time for experiments; no time for frivolity; no time to line up a job offer. This means choosing someone serious, tested, competent & kind.
For me that’s Rishi Sunak.

Boris Johnson still has a chance of return?

But return of Boris Johnson isn’t out of question as well. Former culture secretary and current member for Mid Bedfordshire Nadine Dorries was among those who voiced support for Boris Johnson as she said, “One person was elected by the British public with a manifesto and a mandate until January 25”.

One person was elected by the British public with a manifesto and a mandate until January ‘25.
If Liz Truss is no longer PM there can be no coronation of previously failed candidates.

MPs must demand return of @BorisJohnson – if not it has to be leadership election or a GE.

While Conservative Party MPs are supporting their choice for next PM, opposition parties are calling for general elections now.

My Labour government will provide the stability and leadership needed.

For our economy. For growth. For working people.

Keir Starmer said, “After 12 years of Tory failure, the British people deserve so much better than this revolving door of chaos. In the last few years, the Tories have set record-high taxation, trashed our institutions and created a cost a living crisis. Now, they have crashed the economy so badly that people are facing £500 a month extra on their mortgages. The damage they have done will take years to fix.”