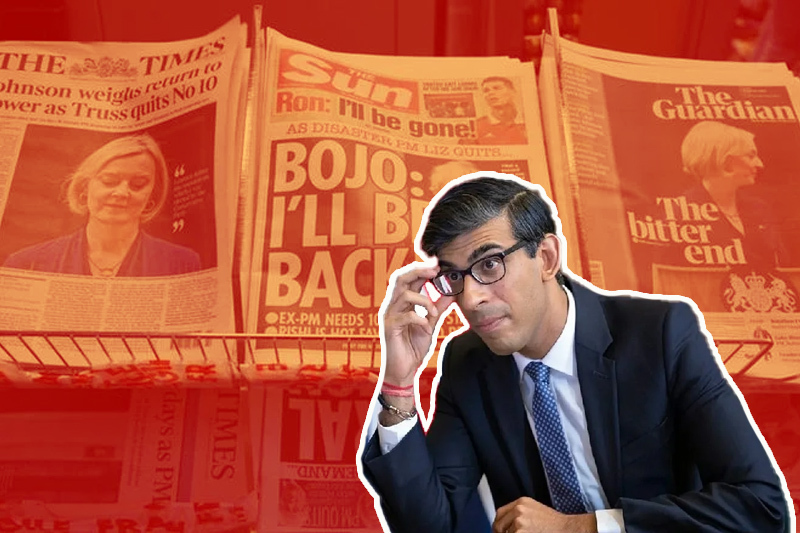 Rishi Sunak to swear in today as UK PM: his challenges and plans ahead

Former Finance Minister under Boris Johnson’s government, Rishi Sunak is set to swear in today as the next Prime Minister of United Kingdom, becoming the first British PM of colour. On Monday, Sunak won the Conservative leadership election and will have the audience today with King Charles III at the Buckingham Palace before officially taking over the office at 10 Downing Street.

“We now need stability and unity,” Sunak said in a brief statement. “I will make it my utmost priority to bring our party and our country together. Because that is the only way we will overcome the challenges we face and build a better, more prosperous future for our children and our grandchildren.”

His last remaining challenger for the post, Penny Mordaunt gracefully bowed out of race after failing to get enough support from Conservative MPs. Mordaunt wrote on Twitter, “We all owe it to the country, to each other and to Rishi to unite and work together for the good of the nation.”

Rishi Sunak is taking office at a time when the country is facing unprecedented economic chaos, worsened by outgoing PM Liz Truss’ “mini budget”. Recent UK leader Theresa May has welcomed the change of Sunak leading the country, calling him the right person who would provide “the calm, competent, pragmatic leadership our country needs.”

Congratulations to the next Prime Minister of the United Kingdom @RishiSunak.

At a time of enormous challenges, Europe needs political & economic stability. Our core interests remain the same.@Europarl_EN is committed to a strong & constructive relationship with the UK.

Challenges for Sunak that would need immediate attention

One of the biggest challenges, also the prime reason for Liz Truss to be forced out of office is the country’s economy. Sunak had criticized Truss’ plan during the leadership bid debate earlier this year to o slash taxes and fund day-to-day spending through borrowing, saying it would be an economic havoc in country. His argument was proved correct when Truss’s “mini budget” which caused the pound to collapse in unprecedented manner in decades, sending borrowing costs rising and pushing the pension funds to the “brink of insolvency”. Sunak’s predictions were also proved correct when rising interest rates surged the mortgage repayments. This would be the biggest and most urgent challenge for Sunak as he takes the office.