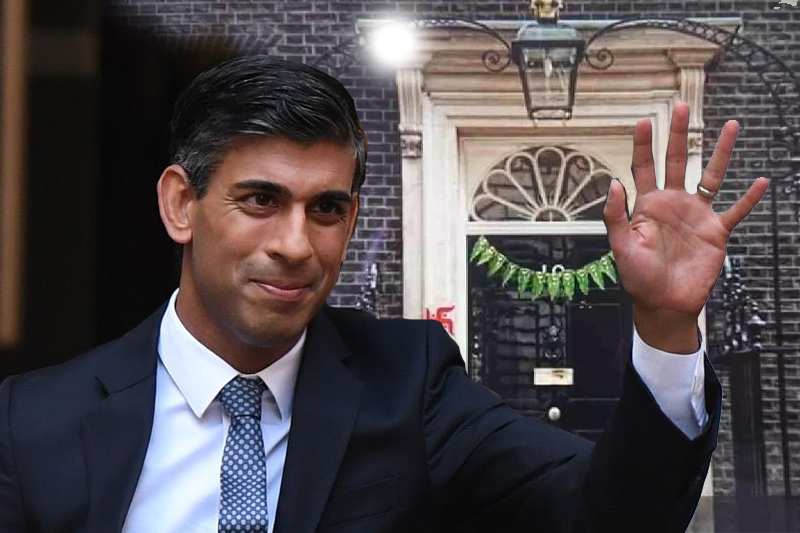 Sunak has been gaining support and the 2 pm deadline might just see him as the new face of British politics. Boris Johnson has not been able to collect the votes and its no surprise either.

Boris has pulled out and only Sunak stands the chance to be elected the next PM of Britain. The rule goes that if the former chancellor is the only candidate with backing of 100 Conservative politicians, he will be named prime minister.

Johnson pulled out of the race saying that while he might have had enough votes, he didn’t see unity between the Conservative Party and the country over his leadership. He was obviously speaking from his previous experience.

Sunak has the only contender Ms. Penny Mordaunt who has currently only some 30 odd support of votes from MPs. The stone will be caste post 2pm. According to the rules of the accelerated contest, if only one candidate secures the backing of 100 Conservative politicians, they will be named prime minister.

Shares jumped in London in early trading on Monday following Mr Johnson’s decision to bow out of the race. The FTSE 100 started the day with a 0.5 per cent rise, pushing it above the 7,000-point mark for the first time in a week.

And the pound continued a multi-day rise, building from its low of below $1.11 at about midday on Friday to reach close to $1.14 as stock markets opened after the weekend.

Meanwhile the gilt market cooled, making it cheaper for the government to borrow money. The interest rate on a 30-year UK Treasury gilt fell by nearly 0.2 percentage points to about 3.9 per cent. If two candidates pass the threshold, they will go to a vote of the party membership, with the winner announced on Friday.