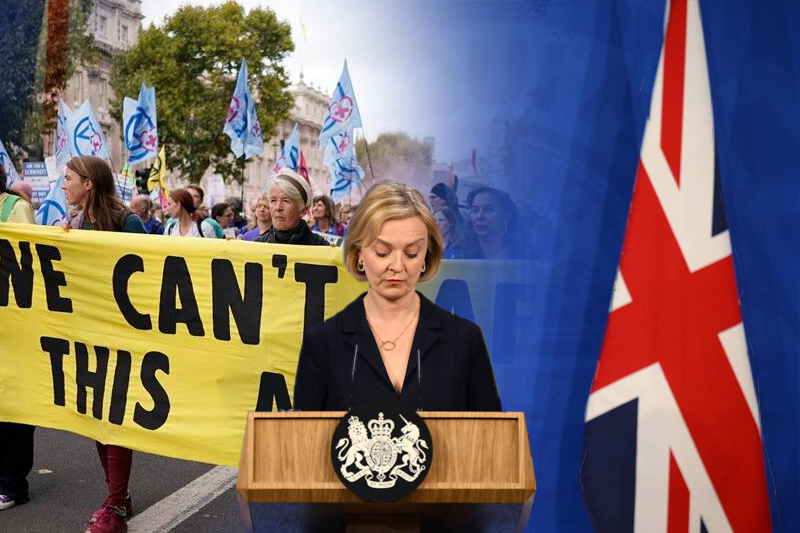 Trouble in Paradise for Liz Truss, as UK PM struggles 6 weeks into power

It is trouble in paradise for Liz Truss, the United Kingdom Prime Minister, just six weeks into office in Downing Street. As Liz Truss fights for her political survival, the Conservative MPs are threatening to oust her as well as the allies that are warning she might just have few days to turn around her premiership. The beleaguered British prime minister will try to garner up her rapidly crumbling support by bringin in her cabinet ministers at No 10 on Monday evening. After that she is setting up on a series of meetings with Tory MPs before the upcoming budget.

In an extremely limited period of six weeks, the new premier of UK has managed to push the country into a financial crisis emergency, with her policies causing central bank intervention, multiple U-turns and the firing of her Treasury chief.

Conservative lawmaker Robert Halfon was fuming as he underscored that the last few weeks had brought “one horror story after another.” “The government has looked like libertarian jihadists and treated the whole country as kind of laboratory mice on which to carry out ultra, ultra free market experiments,” he told Sky News.

During the debate for contests to decide on the new leadership, Truss had called herself a “disruptor who would challenge economic orthodoxy.” She had promised of cutting taxes and that she would slash red tape to reboot Britain’s sluggish economy. This was, however, deemed a reckless move by her opponent and former Chancellor Rishi Sunak who had argued that immediate tax cuts would be a careless move amid the already in-shock economy due to pandemic and Ukraine war. The largely older and affluent 172,000 Conservative Party members had preferred Truss’ vision. She had won 57 per cent of members’ votes to become leader of the governing Conservative party on September 5 and was appointed the Prime Minister next day by Queen Elizabeth II.

“Many of us, wrongly, expected her to pivot after she won the leadership contest in the way many presidents do after winning the primaries,” said Tim Bale, professor of politics at Queen Mary University of London. “But she didn’t do that. She actually meant what she said.” Country’s economy has been under stress with pound plunging to record low. The inflation running at 10 per cent hasn’t seen much relief even after stepping in by Bank of England. Clearly Liz Truss has miscalculated, and gravely.