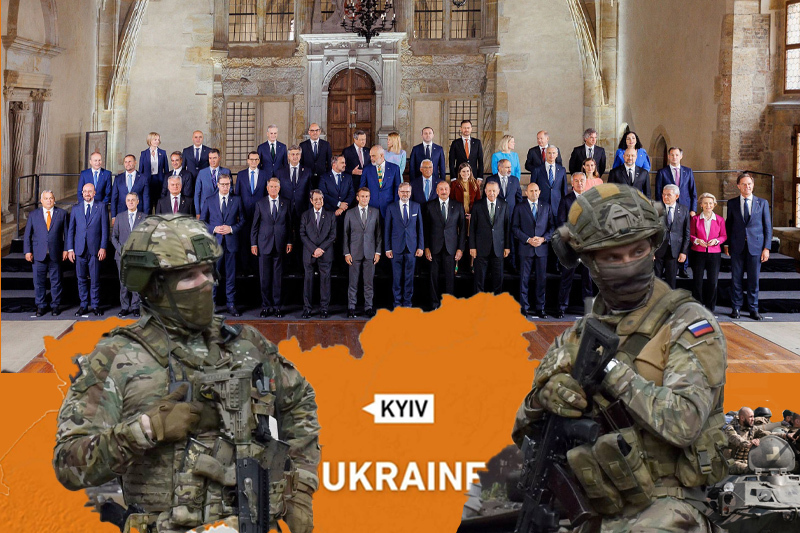 The inaugural summit of the European Political Community has brought together the 27 European Union member countries, the United as well as aspiring partners in the regions of Balkans and Eastern Europe. Russia was the one European nation that was not invited to the summit at Prague Castle along with Belarus, a major Russian ally in the war against Ukraine.

“Leaders leave this summit with greater collective resolve to stand up to Russian aggression. What we have seen in Prague is a forceful show of solidarity with Ukraine, and for the principles of freedom and democracy,” said U.K. Prime Minister Liz Truss. Prime Minister of Belgium Alexander De Croo, said, “If you just look at the attendance here, you see the importance. The whole European continent is here, except two countries: Belarus and Russia. So, it shows how isolated those two countries are.”

At a time when Europe's stability and security is being threatened, we need more dialogue, more listening, more mutual understanding, not less.
And that’s what we achieved at the first #EuropeanPoliticalCommunity pic.twitter.com/eu9Si9JfgR

Latvian Prime Minister Krisjanis Karins highlighted that the Russia’s war in Ukraine has inflicted impact on all European nations alike, including energy crisis and high inflation. “It’s affecting all of us in the security sense, and its affecting all of us through our economies, through the rising energy costs. So, the only way that we can handle this is working together, and not just the European Union. All the European countries need to work together,” he said.

The leader of nation on war, Ukraine highlighted how Russia is separate from the continent due to its values. Ukrainian President Volodymyr Zelensky said, “There are no representatives of Russia with us here — a state that geographically seems to belong to Europe, but from the point of view of its values and behavior is the most anti-European state in the world.”

The new forum of European leaders is the “brainchild” of France President Emmanuel Macron, and supported by Germany Chancellor Olaf Scholz.