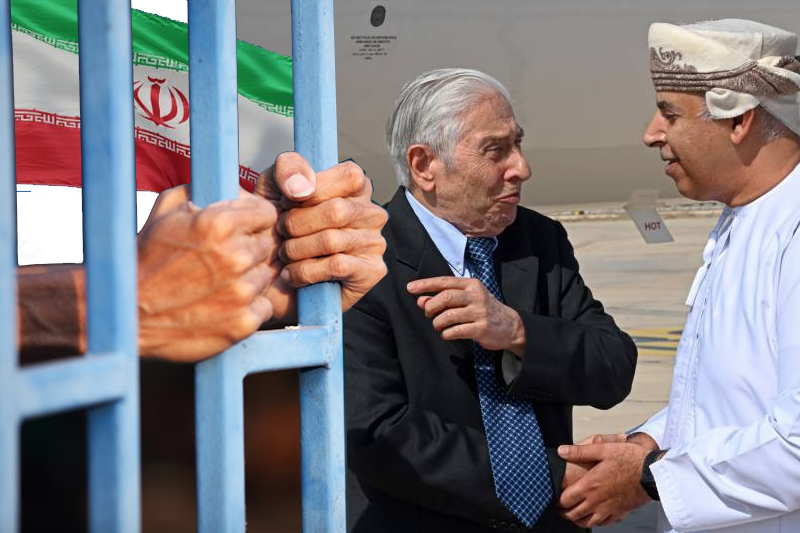 American citizen, Mohammed Baquer Namazi who was detained in Iran for more than six years has, through unwavering efforts by the United Arab Emirates along with Oman, been released. The 85 year old former United Nations official, Bazquer has arrived in Oman and will now be arriving in Abu Dhabi to ensure he receives critical medical treatment. Mr. Namazi will be transferred to UAE where he will be receiving treatment at Cleveland Clinic based in Abu Dhabi to clear out a severe blockage to his left internal carotid artery (ICA), that has put him at very high risk for a stroke, his family confirmed in a statement.

“Baquer Namazi is now in Abu Dhabi after departing Iran for Muscat; he has been reunited with his family and will soon receive urgently needed medical treatment,” Secretary of State Antony Blinken said in a statement. Mr. Blinken has expressed his gratitude to UAE and Oman for being a big force to secure release of Mr. Namazi.

As he arrived in Muscat, Mr. Baquer Namazi expressed his gratitude for the UAE and Oman for their consistent efforts towards his release from Iran. “Baquer Namazi has arrived safely in Oman this afternoon,” Oman’s Foreign Minister Basr Al Busaidi tweeted. “My thanks for the cooperation and good faith of all the parties involved. Much more remains to be done, but we will continue to assist in any way possible through encouraging dialogue and building confidence.”

UAE has always been the leading force offering aid and support to American citizens as well as all people across the world. Release of Mr. Namazi for his medical treatment in Abu Dhabi reiterates the position of UAE globally in medical sector and relations with other countries will ensuring empathy to all.

Mr. Namazi’s lawyer, Jared Genser, said that he is expected to undergo a carotid endarterectomy to clear out a severe blockage to his left internal carotid artery. “It is impossible to overstate the extraordinary support being provided by Cleveland Clinic Abu Dhabi and the generosity of the UAE government in hosting the Namazis. They feel blessed and are profoundly grateful,” Mr. Genser tweeted.

There are some moments that will last a lifetime. Baquer #Namazi hugging his son Babak after 6.5 years. A day we are worried would never come. On to ⁦@CCAD⁩! pic.twitter.com/C7NJiupysq

The former UN official, Mr. Namazi had been detained in Iran in 2016 for “collaboration with a hostile government”. Mr. Namazi was detained after he was lured to Iran with the promise of being able to see his son, Siamak Namazi, who was also detained by Iran for collaborating with the US in 2016.