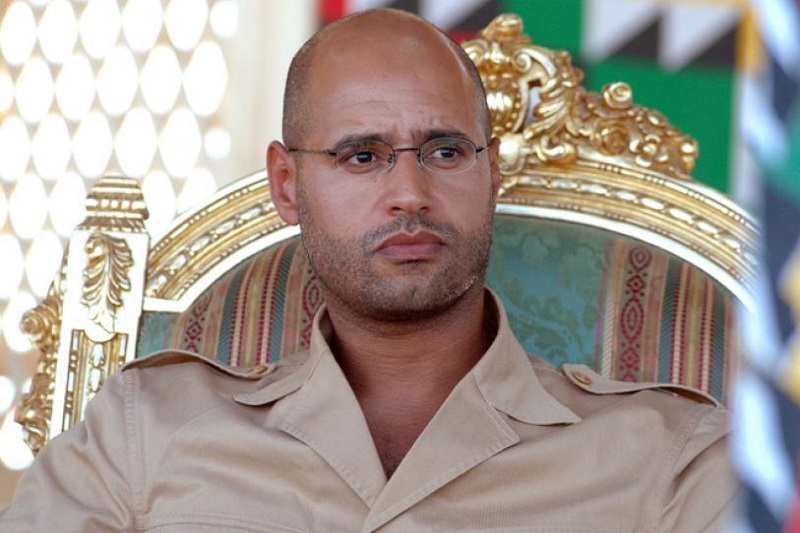 Libya -As per the electoral commission official, Saif al-Islam al-Gaddafi, the Son of Libya’s famous former leader Muammar al-Gaddafi, enrolled as a presidential candidate for the 24 December election.

Gaddafi is perhaps the most prominent personality anticipated to run for president – a rundown that includes  Prime Minister Abdulhamid al-Dbeibah and eastern military officer Khalifa Haftar, and the speaker of parliament Aguila Saleh.

In photographs posted in social media, Gaddafi was seen wearing traditional earthy coloured robes and turban, with grey coloured beard and dark sunglasses, signing papers at the electoral registration office in the southern town of Sebha.

Regardless of the public support of most Libyan groups and foreign governments for the upcoming elections on 24 December, the vote is as yet in question as opposition leaders quarrel about the guidelines and timetable.

On Friday, a significant conference in Paris consented to sanction blocks or disrupt the election. However, there is still no settlement on rules to oversee who ought to have the option to run.

Moreover, Gaddafi will probably be going to strum the emotional chord for the period before the 2011 NATO-supported uprising that swept his dad from government and brought a time of turmoil and destruction; experts say he may not prove to be a leader.

Muammar al-Gaddafi’s era is recalled by numerous Libyans as one of the cruellest autocracies, while Saif al-Islam and other former figures have been out of the government for such a long time that they might think that it is hard to gather as much support as significant opponents.

Memories in Libya are still too fresh for Saif to win the presidency, and his nomination will further confuse the already delicate electoral process in the nation, says Sebastian Usher, BBC’s Middle East editor.