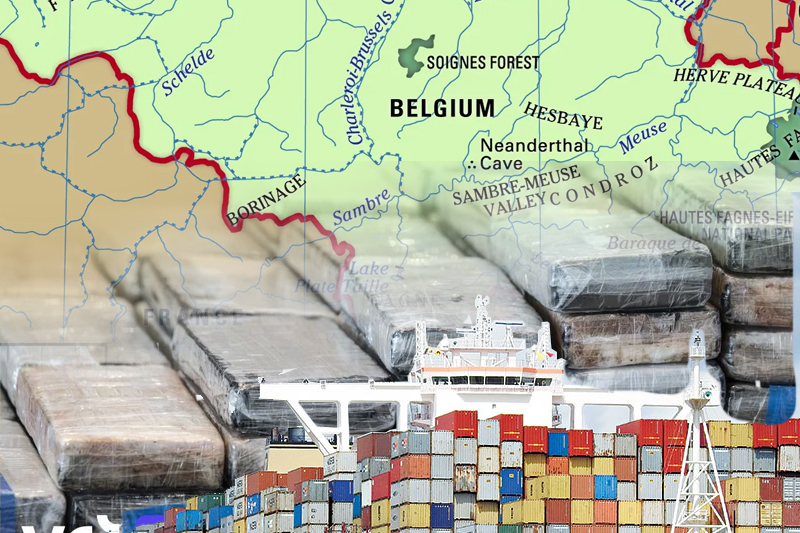 Belgium authorities, this year alone, have seized a record amount of cocaine in Antwerp, thereby creating a significant backlog left to be disposed. This has further raised security concerns as tonnes of undisposed cocaine is waiting to be incinerated. “Just one raid in mid-October saw more than six tonnes of cocaine seized in the Belgian port, found in two shipping containers coming in from Suriname,” Belgian customs has revealed.

The massive confiscations of cocaine in past few weeks have led to the huge pile up of cocaine that is left to be disposed. Furthermore, the limitations of capacity of incinerators in one cycle of incineration have further delayed the process. “The main issue for the customs administration is to destroy all as quickly as possible all the cocaine,” said Federal Public Service Finance spokesperson Francis Adyns. “If we have a huge drug bust, in terms of 5 to 8 tonnes, not everything can be immediately destroyed because of the capacity of the incinerators and in terms of environmental restrictions on the destruction of large amounts of drugs,” Adyns clarified as he talked to Euronews.

The authorities are keeping the details of the plans to incinerate huge piles of cocaine and the incineration schedule as a secret citing fears that criminal organizations might seek this as an opportunity to strike back and recover the seized narcotic. “The cost of the price on the street of a gramme of cocaine is about €50. So one can imagine if we have seized a few tonnes, what amount that represents,” Adyns said.

“Due to these organisations that are not afraid of using violence, as we’ve seen in the Netherlands, and the large amount of money that is at stake, one can imagine that there is an enormous issue when it comes to the security (of the operation and) of our agents,” he said explaining the concerns.