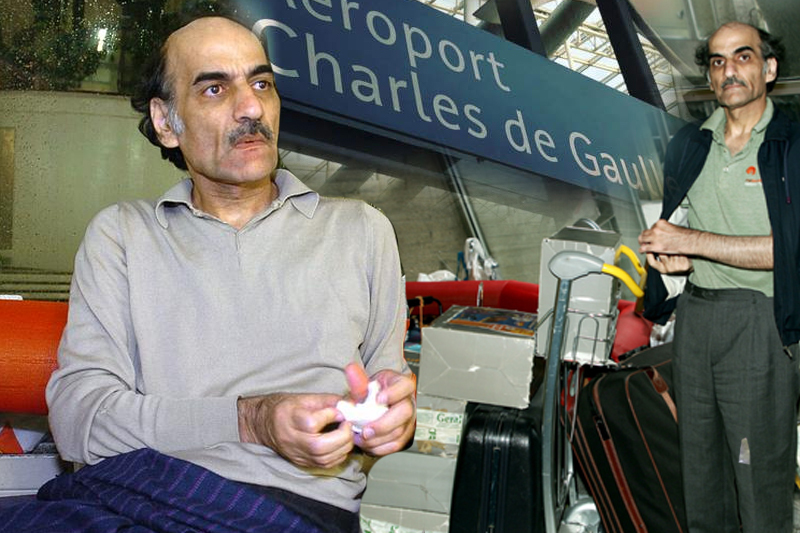 An Iranian man, identified as Mehran Karimi Nasseri, who lived for 18 years at Charles de Gaulle airport in Paris, died on Saturday at the airport. According to an official with the Paris airport authority, the man died after a heart attack in the airport’s Terminal 2F around midday. He was pronounced dead by the airport medical team, according to CNN.

His story inspired Steven Spielberg’s 2004 film “The Terminal”, starring Tom Hanks and Catherine Zeta-Jones. He lived in the airport’s Terminal 1 from 1988 to 2006. He returned to living at the airport again in September. Nasseri is believed to have been born in 1945 in the Iranian province of Khuzestan. His father was believed to be a doctor who worked for the Anglo-Iranian Oil Company. According to The Guardian, when his father died of cancer, his mother informed him that she was not his real mother. Reportedly, his father had an affair with a Scottish nurse.

Nasseri spent three years studying Yugoslav Studies at the University of Bradford. Reportedly, he participated in a protest against Iranian leaders, which led to him being stripped of his passport when he returned to Iran.

He was granted refugee status by Belgium in 1981. He tried to travel to the United Kingdom to find his real mother. However, he was detained upon arrival in the UK and reportedly sent back to France. Later on, he settled at Charles de Gaulle Airport in August 1988. In 1992, a French court ruled that Nasseri had entered the airport legally as a refugee and could not be expelled from the country. Subsequently, he started living at the airport. The man spent most of his time on a red bench on the lower floor of terminal 1. He also spent some time at a hospital for an operation and at a shelter for homeless people. However, he returned again to the airport.