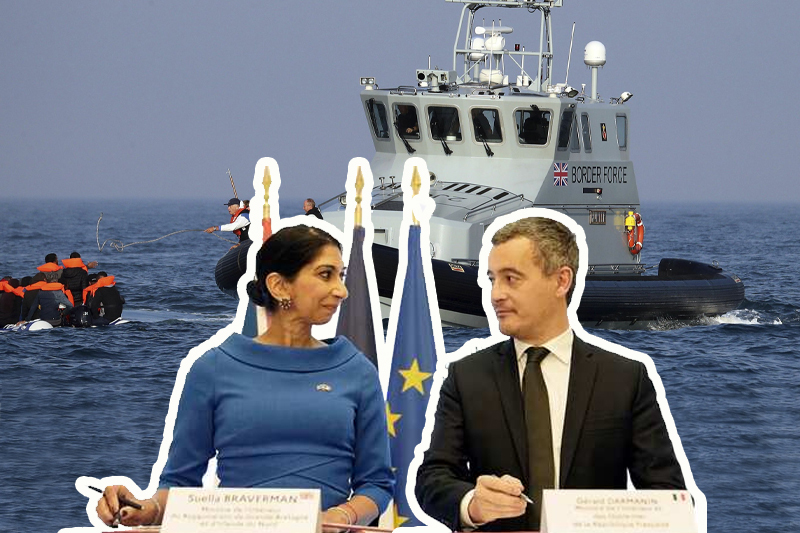 Newly appointed Prime Minister of United Kingdom, Rishi Sunak has struck the first win as the leader of country. Sunak government has secured a Channel deal with France that will lead to increase in cooperation between the two nations over asylum seekers and migrants who use small boats to cross the Channel. Under the deal UK officers will be joining a ramped up patrolling programme of French waters.

The arrangement between UK and France was signed on Monday morning, and promises a 40 per cent surge in the number of patrols to detect small boats about to make travel from France. The deal also includes extra investment in ramping up the port infrastructure in France, the use of technology to recognize the migrant crossings, such as through use of drones, and increased cross-Europe cooperation.

Speaking to reporters while on his way to G20 summit in Bali, Sunak said: “When it comes to migration more generally, I do think that the absolute priority that the British people have right now, as do I, is to grip illegal migration.” He added, “I made a commitment that I would grip it in the summer. And I can tell you all that I’ve spent more time working on that than anything else, other than obviously the autumn statement, over the past couple of weeks.”

“Look, I’ve been honest that there’s not a single thing to do to fix it and we can’t fix it overnight. But there’s a range of things I’m working on, including the French deal, where I’m confident we can bring the numbers down over time and that’s what I’m going to deliver.” The agreement will be signed by Suella Braverman, the UK home secretary, and her French counterpart, Gérald Darmanin.

James Cleverly, the UK foreign secretary said that such accord is crucial for international cooperation. “Ultimately, what we want to see is these crossings reduced completely, but we have to be realistic,” he said. “The people traffickers are working incredibly hard to try and dissuade law enforcement. We need to work just as hard to counter their illegal activity.” He added, “These agreements do have an effect. They are not the complete solution. We have to work with the countries these people travel through, and also of course we need to make sure that our legal processes are fast, effective and fair, and it is understood that we will repatriate people, we will send people back, if they don’t have a legitimate reason.”