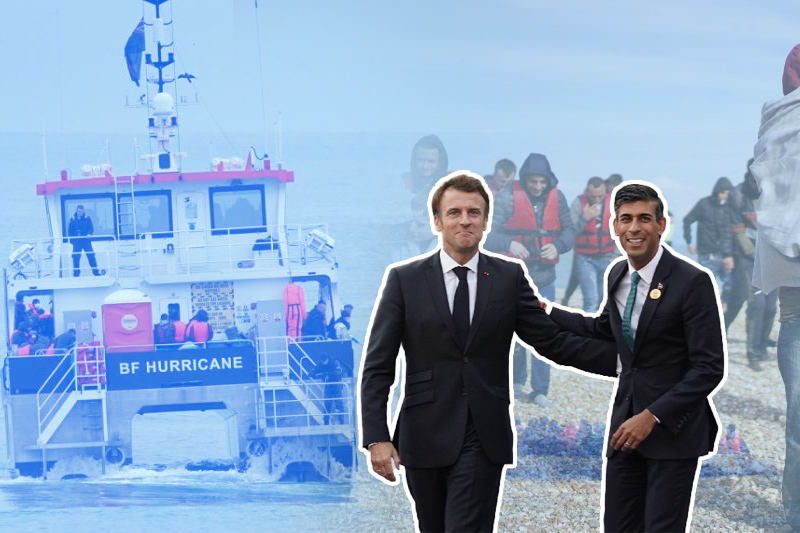 uk and france may soon have deal on channel crossings

UK and France may soon have deal on Channel crossings

Rishi Sunak has renewed a promise and reassured that his office will be stopping people being smuggled across the Channel. The comment comes after UK prime minister had his first face to face meeting with French President Emmanuel Macron since the former took office at Downing Street. Prime minister Sunak has vowed to “get a grip of this situation” and promised details about the “progress of cross-Channel talks in the coming weeks”, as sources say that No 10 hopes to make an announcement in the issue before Christmas.

The Elysee Palace also said that the two leaders agreed “to advance co-ordination to face the challenge of irregular migration” as they met on the sidelines of the Cop27 climate summit in Egypt. Mr. Sunak said of have been talking to other European leaders, and is leaving with “renewed confidence and optimism that working together with our European partners, we can make a difference, grip this challenge of illegal immigration and stop people coming illegally.” He, however, told broadcasters this was a “complex issue and it’s not one simple solution that’s going to solve it overnight”.

This year till now, almost 40,000 people have crossed the Channel in small boats, which is the highest number since figures were started to be collected in 2018.

Previous attempts to control and reduce the number of people arriving on the south coast of England crossing Channel to claim asylum have failed. A deal worth £55m was signed with France in July 2021 to help fund more police to patrol the French beaches, and negotiations with Macron are likely to bolster the current arrangement, notes The Guardian.

The home secretary, Suella Braverman, also admitted last week that the “asylum system was broken, with the number of arrivals in small boats having risen to about 40,000 this year and leading to delays in processing applications”. The Guardian shares the data that past week, commencing 24 October, there have been 1,766 arrivals on 41 boats across the Channel.