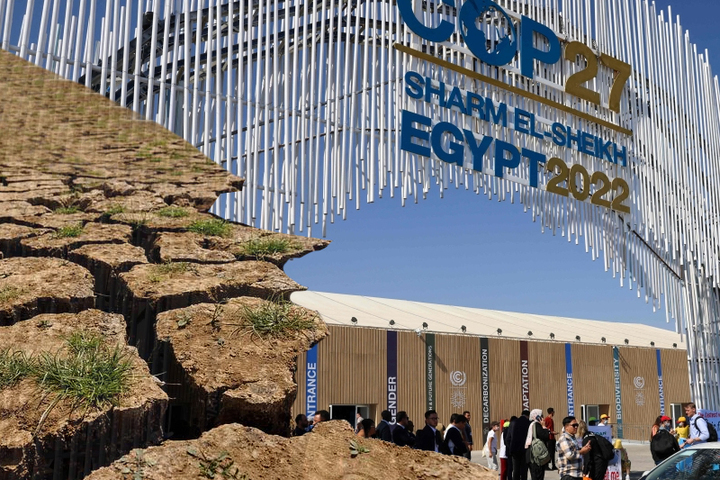 After late-night negotiations, delegates at the COP27 climate summit in Egypt agreed to include for the first time on the formal agenda the delicate question of whether affluent nations should compensate impoverished countries most susceptible to climate change.

For more than a decade, wealthier nations have resisted official debates on loss and damage, or the funding they contribute to assist developing nations in coping with the effects of global warming.

President of COP27 Sameh Shoukry told the opening plenary of this year’s two-week United Nations conference that the decision offered “an institutionally stable space” for discussion of “the urgent issue of financial arrangements.”

At COP26 in Glasgow last year, high-income nations rejected a proposal for a loss and damage financing organization and instead backed a three-year dialogue for funding negotiations.

The loss and damage debates now on the COP27 agenda will not guarantee compensation or necessarily accept liability, but they are meant to result in a resolution “no later than 2024,” according to Shoukry.

As a result of the Ukraine war, a jump in energy costs, and the possibility of an economic slump, states’ reluctance to pledge funds and the need of poor nations for them could produce even more tension than at prior conferences this year.

Saturday night’s negotiations preceding the acceptance of the agenda were “very difficult,” according to Harjeet Singh, head of global political strategy at the non-profit Climate Action Network International. Rich nations never intended loss and damage to be on the table in the first place.

Some questioned the dismissive phrasing on liability, but putting the matter explicitly on the agenda will compel wealthier nations to grapple with the topic, despite being weaker than intended.

German Foreign Minister Annalena Baerbock stated in a statement, “They correctly demand more solidarity from the affluent countries, and Germany is prepared for this, both in climate money and in coping with damages and losses.”

Germany is to launch a “protective barrier against climate threats” at the conference, a project on which it has been collaborating with vulnerable states including Bangladesh and Ghana.

The International Centre for Climate Change and Development, an environmental research organization based in Bangladesh, stated that it was “excellent news” that loss and damage were officially on the table.