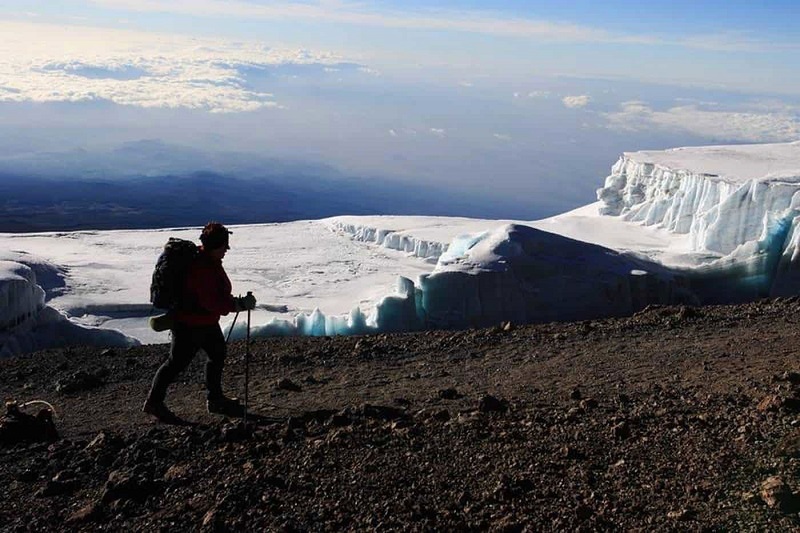 The last glaciers of Mount Kilimanjaro and the glaciers of the Alps and Yosemite National Park in the United States will disappear, according to the United Nations.

They will disappear for sure regardless of the world’s actions to combat climate change, the authors of the UNESCO report said.

The report, which makes projections based on satellite data, comes as world leaders prepare to meet in Egypt for the COP27 climate change conference in the upcoming week.

More than 18,500 glaciers have been identified in 50 UN World Heritage Sites. They represent almost 10% of the Earth’s glaciated surface and include well-known tourist sites and places sacred to the local population.

The report said that the retreat and disappearance of glaciers were among “the most dramatic evidence that the Earth’s climate is warming”. “We hope we can be wrong, but this is a hard science,” said UNESCO Tales project leader Carvalho Resende, one of the authors.

Another UN report found last week that the world currently has “no credible path” to deal with climate change. The projections were built on a previous report that used models to calculate how glaciers on the World Heritage site would change over time.

“What is completely unprecedented in the historical record is how quickly this is happening,” said Beata Csatho, a glaciologist at the University of Buffalo who was not involved in the research. Beata Csatho further said, “However, the most important thing we need to do is to limit global warming.”

According to the UNESCO report, ice loss in World Heritage sites could account for up to 4.5% of the observed global sea-level rise between 2000 and 2020. These glaciers lose 58 billion tonnes of ice every year – equivalent to the total annual volume of water used in France and Spain combined.