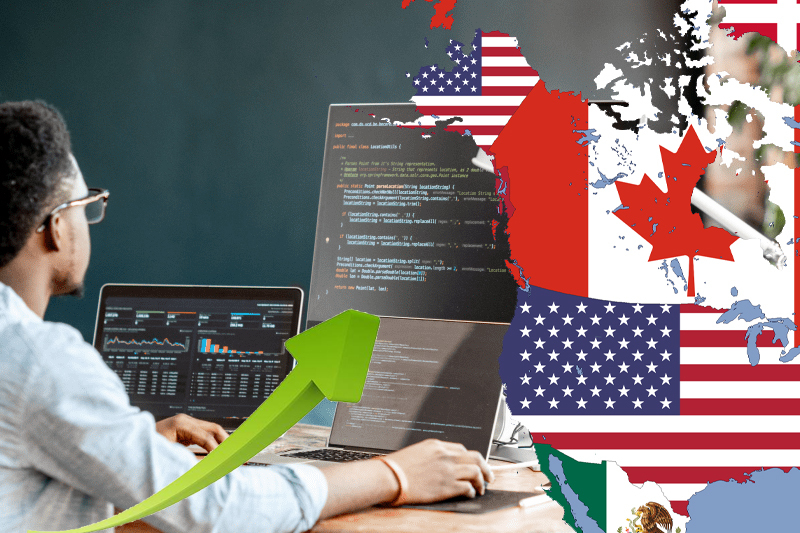 According to the latest research from commercial real estate company CBRE, Vancouver is rapidly emerging as a leading IT cluster among major North American cities.

The number of high-tech jobs increased in Canada’s third-largest urban area by 44.2% over the course of 2020 and 2021, the highest percentage growth among the top 30 tech centres in both Canada and the US.

Semi-remote employment accounted for the majority of the loss of office-based tech positions in half of the 30 ranking tech centres.

However, that was not the case in locations like Vancouver, which had a 12,500 increase in tech employees utilising offices. Vancouver’s office market rent increased by 21.6% during the last two years due to a steady demand for office space, matching Boston for the largest increase among the 30 tech centres.

In terms of how Vancouver stacks up against the other major tech centres, San Francisco experienced a 4.7% increase in the number of high-tech jobs while losing 9,700 office-based tech jobs. Although New York City expanded by 13%, it lost 82,600 tech jobs that were used in offices.

In Vancouver, there are 92,300 tech positions in total as of 2021, and the typical software engineer earns $97,900 per year. At 6.3%, the office vacancy rate is similarly regarded as balanced or healthy, and 4.1 million square feet of new office space are being built.

Of course, Amazon and Microsoft’s massive expansion in downtown Vancouver is a major driver of the development of IT jobs in Vancouver.

Colin Yasukochi, executive director of CBRE’s Tech Insights Center, said in a statement that the tech industry “continues to generate people and lease office space even amid obstacles of the past two years.”

“Since early 2020, about one in every three new office-using employment in the US has been in the technology sector. Pent-up demand may start to surface once businesses establish their long-term hybrid work practices and the economy expands. After last year’s peak, venture capital funding is on course to reach its second-highest annual total ever.