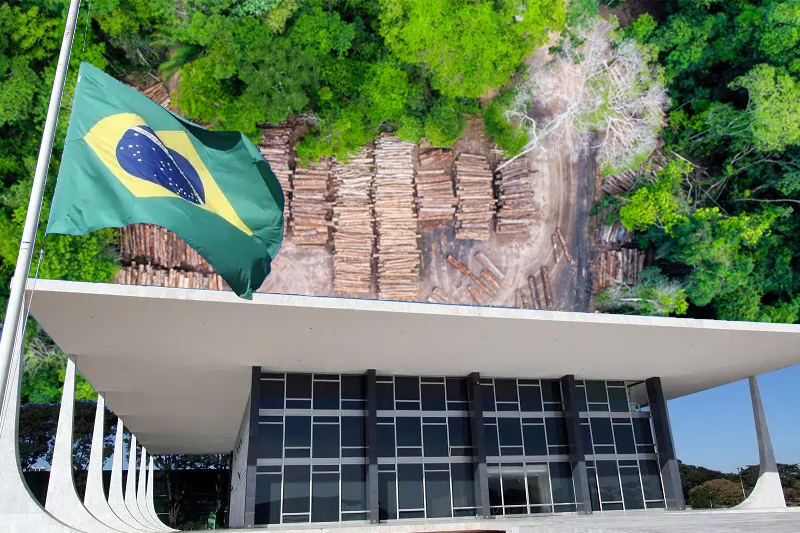 Amazon Fund reactivated by Brazil Supreme Court: new hope to save the rainforest

In a big win for climate change activists and environmentalists, Brazil’s supreme court has reactivated the very critical Amazon Fund – a major weapon to fight against deforestation in the country. The fund had been paralyzed by the former far right President Jair Bolsonaro in 2019 as he had wound up two committees of the fund citing irregularities that weren’t specified.

The ruling by Brazilian top court given on Thursday has ordered for the fund to be reactivated withing 60 days. The court’s orders will allow Brazil’s state development bank to start using the more than 3 billion reais, or £525m, that had been frozen in its coffers since 2019.

“The Amazon Fund is the biggest fund for the protection of forests ever created,” said Tasso Azevedo, one of its architects and now technical coordinator for the Climate Observatory, a Brazilian NGO. “The losses through its paralysis over these (almost) four years is irreplaceable but its reactivation is more than urgent and enables us to start protecting the forest, promote sustainable development and fight deforestation again.” The organisation has underlined that its return “would allow not just for the funding of environment and ecology programs across the Amazon but also give the government resources to use in rebuilding the organisations hollowed out by the Bolsonaro regime”.

This also sets the pace for the president-elect, Luiz Inácio Lula da Silva, who had beat Bolsonaro in 30 October election with to roll back majority of the anti-environmental policies put in place by former far right leader.

The Amazon Fund was set up in 2008 by Lula during his second term in power. Staying true to his pro-climate action policies, Lula had cut down deforestation by more than 70 per cent during his eight years as the president of Brazil. He had said last week that he was aiming for zero deforestation after his inauguration on 1 January.