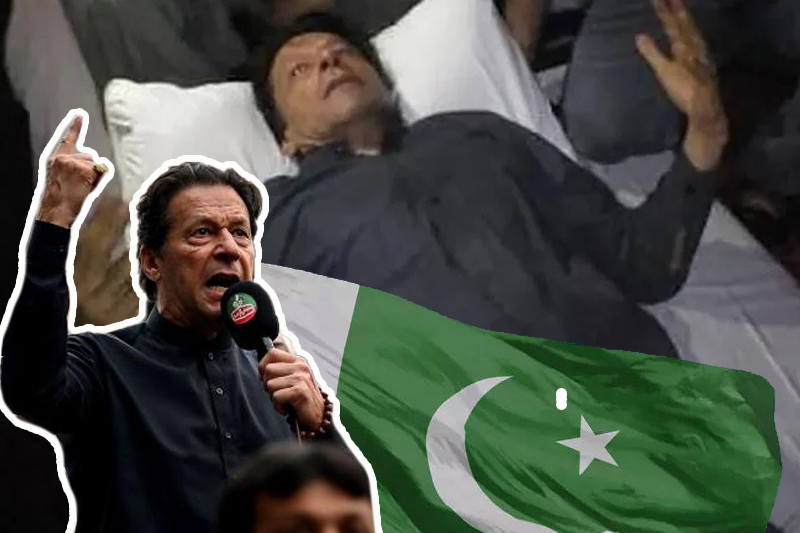 Pakistan’s former Prime Minister Imran Khan has survived a shooting on Thursday while he was at a political rally. The attack has been called an assassination attempt by his party, which killed one person and injured many others, prompting protests by Khan’s supporters.

A video of the alleged attack shows Imran Khan waving to his supporters at the rally from an open truck, just outside the town of Gujranwala in Punjab province. This was when shots can be heard in the video ringing out. A bullet hit Mr. Khan in the leg, said Pakistan Tehreek-e-Insaf (PTI) senior leader Asad Umar, who later said, “Yes, he has been shot, there are pellets lodged in his leg, his bone has been chipped, he has also been shot in his thigh.” Umar added that Khan was taken from rally site to Lahore for treatment, which is around two and a half hours away.

The police have said that the suspected man for firing the shots has been detained. The man is said to be in possession of a 9 mm pistol and two empty magazines.

In a video statement Faisal Javed, who received a wound in the head, is saying while receiving treatment, “Please pray for us, for Imran Khan, pray for our fellow workers who are severely injured and pray for our party member who has died and is martyred.”

Pakistan’s leaders have condemned the attack on their opponent. President Arif Alvi has called it a “heinous assassination attempt” and Prime Minister Shehbaz Sharif has ordered an immediate investigation.

The attack on former Pakistani prime minister has attracted global condemnation. US Secretary of State Antony Blinken has also called for calm, saying: “Violence has no place in politics, and we call on all parties to refrain from violence, harassment and intimidation.”

Khan was on the seventh day of his nationwide tour. He has been holding rallies during the tour and calling for early elections to be held before next August. The titled “long march” had started in Lahore on October 28 and was to finish in Islamabad after covering several Pakistani cities.