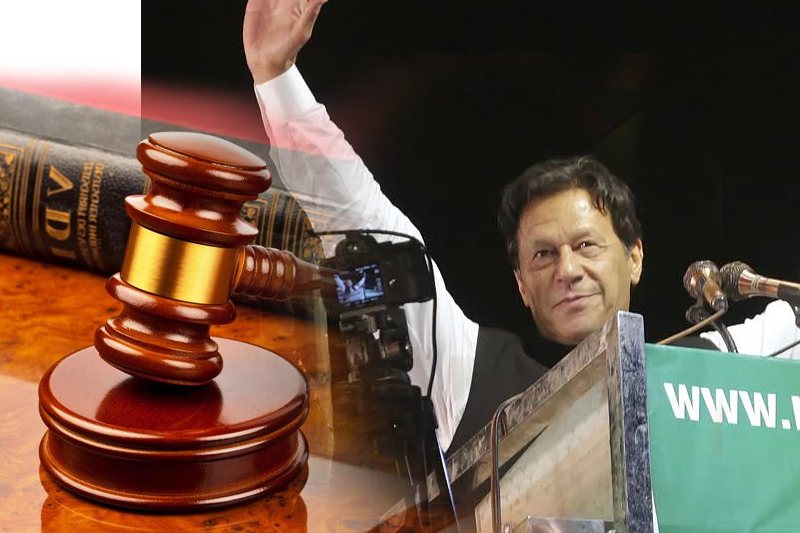 Pakistani police have filed terrorism charges against country’s former Prime Minister Imran Khan, a development that has potentially escalated political tensions in the country as the ousted leader is holding mass rallies in an attempt to return to office. The terrorism charges against Khan come due to a speech he gave in Islamabad on Saturday. Former PM had vowed in the speech to sue police officers and a female judge and also alleged that his close aide had been tortured following his arrest.

“We will not spare you,” Khan reportedly had said, vowing to file legal cases against them.

Khan has himself not immediately addressed the police charge sheet that is being lodged against him. However, Khan’s political party, Tehreek-e-Insaf which is now in the opposition, has published online videos showing supporters around his home, potentially in efforts to stop the police from reaching Khan’s residence. Tehreek-e-Insaf has further issued a warning of holding nationwide protests and rallies if Khan is arrested.

According to the Pakistan’s legal system, police file – known as a first information – report the charges against an accused person to a magistrate judge, who then allows the progression of investigation. Typically, police then arrest the accused and question him.

Citing local media reports, The New York Times said that the police report against Khan mentions that his comments amounted to an illegal and deliberate attempt to “intimidate country’s judiciary and police force”. Khan’s speeches were “prejudicial to the maintenance of law and order and likely to disturb public peace and tranquility”, the Pakistan Electronic Media Regulatory Authority (PEMRA) said. It also accused Khan of “continuously … levelling baseless allegations and spreading hate speech through his provocative statements against state institutions”.

After his ouster as Pakistan’s premier earlier this year, Imran Khan had alleged without providing any evidence that ousting him was United States’ plot that was facilitated by the Pakistani military.