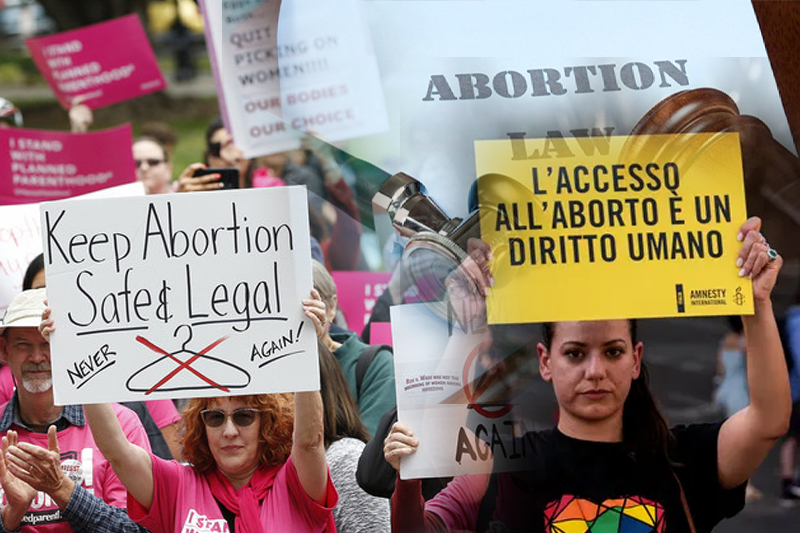 A 1978 referendum had legalised abortion in Italy, overturning an outright ban on abortion that was enforced by the country’s fascist dictator Benito Mussolini who had called abortion as a crime against the Italian race. But a large number of Italian gynaecologists, about 64.6 per cent according to a 2020 data, refuse to terminate pregnancies for moral reasons. This means that despite the legal right, women in Italy still have to face huge to access safe abortion procedures. Giulia, 20, wasn’t ready for a baby when she discovered she was pregnant. She sought medical advice in her home town in central Marche region of Italy, with her family backing her decision of getting abortion. But she was turned away from every door, highlighting how difficult it is to exercise the legal right of abortion in Italy.

This is specifically true in Marche region along with several other Italian region, where the conservative leadership has impeded abortion access, even further in recent years. Marche is a former left wing bastion, which has been ruled by Brothers of Italy since September 2020, party with neofascist roots that after September due national elections could become the largest party in Italy’s right wing governing coalition. Giorgia Meloni, the party chief who can be the next prime minister, has called abortion a “defeat”.

“Sometimes a woman doesn’t discover she is pregnant until the fifth or sixth week,” said Manuela Bora, a regional politician with the centre-left Democratic party. “It’s almost impossible to get an abortion here. Yes, we can’t deny that it was difficult before, but that was due to the moral objectors; now the erosion of abortion rights is a political theme.”

AIED is a non-profit family counselling clinic in Italy’s Ascoli Piceno that provides abortion services to women and girls who are turned away from all hospitals and clinics. A pregnancy termination through AIED costs about €200, the amount that goes towards funding the service, as compared with €1,500 if process is done in a privately run clinic. “The are some hospitals where there are only objectors, and one hospital – in Fermo – has never even applied the abortion law,” said Tiziana Antonucci, AIED’s vice-president. “But even in hospitals where there are no objectors, the service is inadequate. When the left was in power they did nothing to change it, as they feared losing the Catholic vote. Now we have the right, and remain stuck in this increasingly difficult situation.”

“Marche is a laboratory for Brothers of Italy,” said Paolo Berizzi, a journalist with La Repubblica who has written extensively about the extreme right in Italy. “It’s where the party has done general tests as it prepares for what it could do on a national scale. In two months Italy could be governed by a party that has never really severed links to its fascist history.” Brothers of Italy’s prime agenda behind its abortion policies is to reverse Italy’s declining birth rate and protecting the race of Italy.