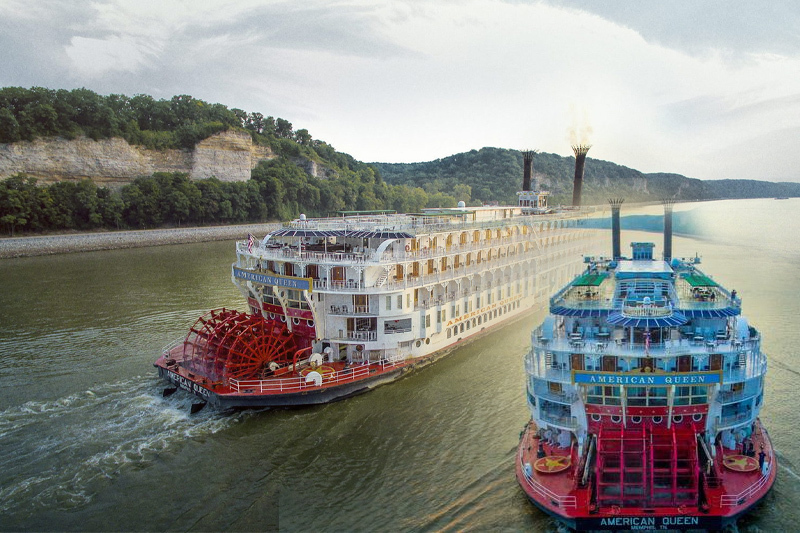 The Longest-Sailing Ship Ever Built by American Queen Voyages

The “Grand Ohio & Upper Mississippi Rivers” cruise, which will begin on July 24, 2023 in Minneapolis and end in Pittsburgh aboard the American Countess, has been revealed to be the longest itinerary in the history of American Queen Voyages. The cruise will last for a total of 23 days and will travel between the Ohio and Mississippi rivers.

According to the information provided by the company, the journey will cover a total distance of 1,772 miles and go through ten different states.

The itinerary will also be accessible on August 14 from Pittsburg to Minneapolis, and it will feature an increased number of unlimited guided trips than in the past.

In order to mark the conclusion of the 23-day journey and the arrival of the American Queen in Pittsburgh, the announcement was made in the city in conjunction with its new cooperation with the student athletes from the surrounding area.

“Announcing the ‘Grand Ohio and Upper Mississippi Rivers’ with the city’s talented student-athletes and the American Queen in the shadow of Acrisure Stadium (previously Heinz Field) was a natural fit,” Ruiz added. “Pittsburgh has such a strong riverboat and sports history.”

During the time that the American Queen was docked in port, a group of student-athletes embarked on the ship. These athletes included football players Carter Warren and Deslin Alexandre, both of whom played on the offensive and defensive lines, respectively; men’s basketball guard William Jeffress; women’s basketball guard Lauren Wasylson; and women’s tennis player Alexandra Jaksec.

“The student-athletes created content and met with many of the crew to learn about onboard occupations including captain, housekeeper, deckhand, entertainer, and purser,” said American Queen Voyages. “The student-athletes will be able to take their newfound knowledge and apply it to their future endeavors.”