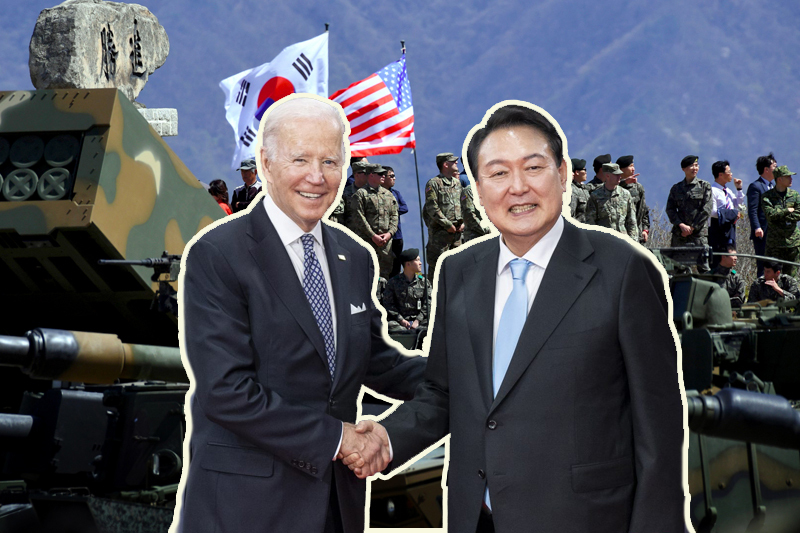 The United States and South Korea have launched their biggest combined military training in years on Monday, ramping up their defending position against growing nuclear threat by North Korea. It is expected that the drills can draw an angry response from Pyongyang which has bolstered its weapons testing activity over last year to a record level, while threatening of conflicts with Seoul and Washington.

The Ulchi Freedom Shield, the joint military drills by US and South Korea, exercises will continue through September 1 in South Korea, including field exercises involving aircraft, warships, tanks as well as tens of thousands of troops. Washington and Seoul are describing their exercises as a defensive drill, North Korea has labelled them as invasion rehearsals, using them as a justification of its nuclear weapons and missiles development. Cho Joong-hoon, a spokesperson of South Korea’s Unification Ministry, that handles inter-Korean affairs, said the “South hasn’t immediately detected any unusual activities or signs from the North”.

Some of the regular joint military drills by United States and South Korea had been, while others reduced to computer simulations in order to render space for diplomacy with North Korea and also due to Covid-19 pandemic.

“The significance of this joint exercise is rebuilding the South Korea-US alliance and solidifying the combined defence posture by normalising … combined exercises and field training,” the South Korean defence ministry said.