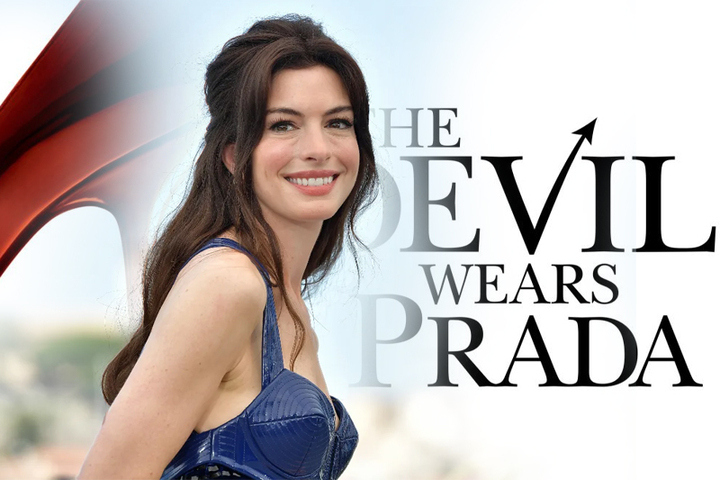 It’s been 16 years since The Devil Wears Prada was released internationally, but it remains one of the most popular films of all time, especially among fashionistas! Fans’ advocacy for a potential sequel to the legendary film is, however, not surprising.

Not to mention, Oscar-winning actress Anne Hathaway, who portrayed the film’s primary protagonist Andy Sachs in 2006, was photographed intentionally channeling her character’s style in a recent outing with Anna Wintour, on whom Meryl Streep’s character Miranda Priestly is based roughly!

Anne addressed the allegations during her recent appearance on The View, expressing skepticism about their big-screen return. “I simply believe that film was set in a different age. Now, everything is so digital, but the plot of that film centered on the creation of a tangible object,” she stated.

While she does not believe that a sequel to The Devil Wears Prada will be made, Anne admits that it would be “tempting” to see what happens next with Andy, Emily, and Miranda Priestly.

Anne writes, “It’s tempting to imagine Andy and Emily delivering coffee to Miranda, who is somewhere in Europe, and picking up Stanley Tucci at a restaurant in Italy along the way.”

In addition to discussions over the film’s sequel, one of the ongoing debates about The Devil Wears Prada is whether or not Andy’s unsupportive boyfriend Nate was the true antagonist. Anne disagrees with actor Adrian Grenier’s assessment that his character was definitely “selfish.”

“I think that they were both very young and figuring things out, and he did act like a brat, but I also acted like a brat in my twenties, and hopefully I grew out of it,” she says. “I wouldn’t want my worst time in my twenties to define me, so I don’t genuinely view Nate as a villain.”