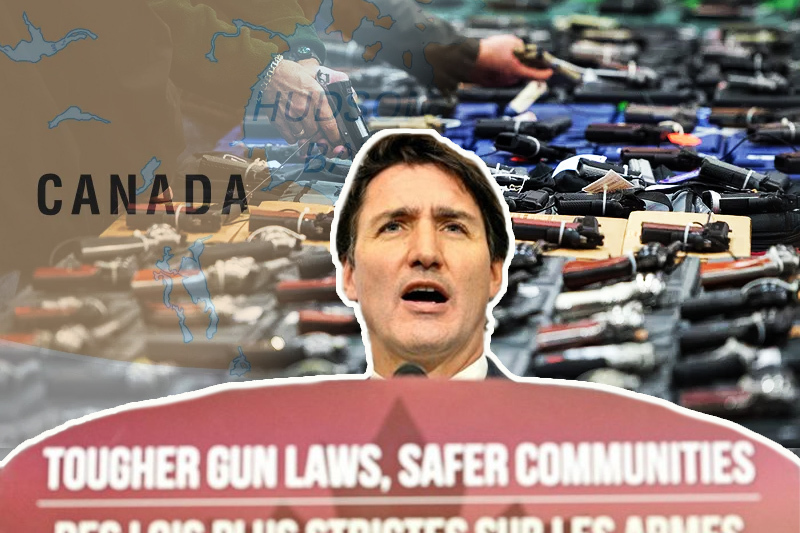 Setting precedence for the strongest kinds, the first in 40 years, Canada has banned new handgun sales. The new measures have already been put in effect on Friday, with Justin Trudeau in the helm, stops people from buying, selling, trading or bringing in new arms into the country.

The effort is towards building on the previous handgun control, said the PM in a formal press briefing this week, in Canada. In comparison to the US, Canada has stricter gun control rules. In the US, there is a huge gun control lobby at work that promotes the sale of guns at every level.

Up until now, Canadians could own firearms with a license. But under the new rules, people can still own and use their registered handguns and sell or transfer them to “exempted individuals and businesses.”

Authorised businesses, such as museums, the movie industry, law enforcement, defence personnel, and other exempted individuals can continue to import and sell handguns to exempted parties.

The gun freeze was already announced by Mr. Trudeau in May itself. It was a part of his plan to tackle gun violence, his office said. “We have frozen the market for handguns in this country,” Mr. Trudeau said at a news conference in Surrey, British Columbia, attended by family members of gun violence victims and other advocates. His leadership has seen some choppy waters with him almost having lost his seat at the time of Covid-19 pandemic and its deliverable. His advocacy and ways of handling things have still been appreciated as he makes sweeping changes to things that matter to everyone.

“As we see gun violence continue to rise, we have an obligation to take action. Today our national handgun freeze is coming into force.” Mr. Trudeau’s public safety minister, Marco Mendicino, called the move the “most significant action on gun violence in a generation”.

He added: “We made a commitment to Canadians that we would act – and we are. The national freeze will tackle the alarming role of handguns in crime, gender-based violence, and more.