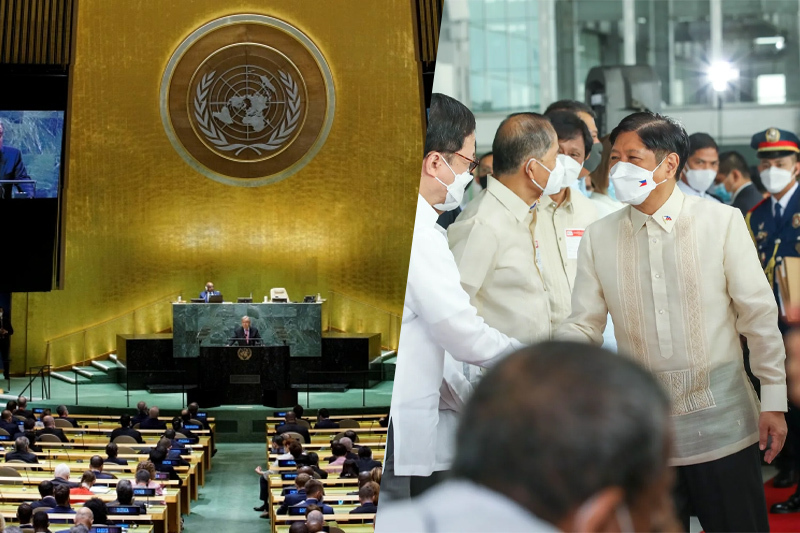 On the morning of Sunday, September 18, President Ferdinand Marcos Jr. arrived at John F. Kennedy International Airport in New York to begin a working visit to the United States that would last for a total of six days.

On June 30, Marcos took his oath as president of the Philippines, and he is scheduled to participate in the 77th United Nations General Assembly and deliver his presentation during the General Debate on September 20 in the afternoon (early Wednesday, September 21, Manila time).

The President, while receiving his farewell honors in Manila, stated that during his talk he will discuss “economic recovery, food security, and agricultural productivity.” He made this statement while he was there.

His first event, much like the ones he had during his first state visits to Indonesia and Singapore, will be a gathering of members of the Filipino community in the state of New Jersey. Attendance will be made up of Filipinos not only from the local area but also from other states and even Canada.

During the remaining days of his trip to New York City, Marcos will not only participate in bilateral talks with other world leaders but also serve as a facilitator for meetings amongst corporate leaders. The details of these meetings have not been made public by Malacaang as of yet.

An existing contempt judgment in the United States against President Marcos and his mother stems from a human rights class action lawsuit filed against his late father, the dictator Ferdinand Marcos. Although Marcos’ visit is significant in and of itself, it has received additional attention because of this judgment. However, due to the fact that Marcos is the head of state, he will be granted diplomatic protection.