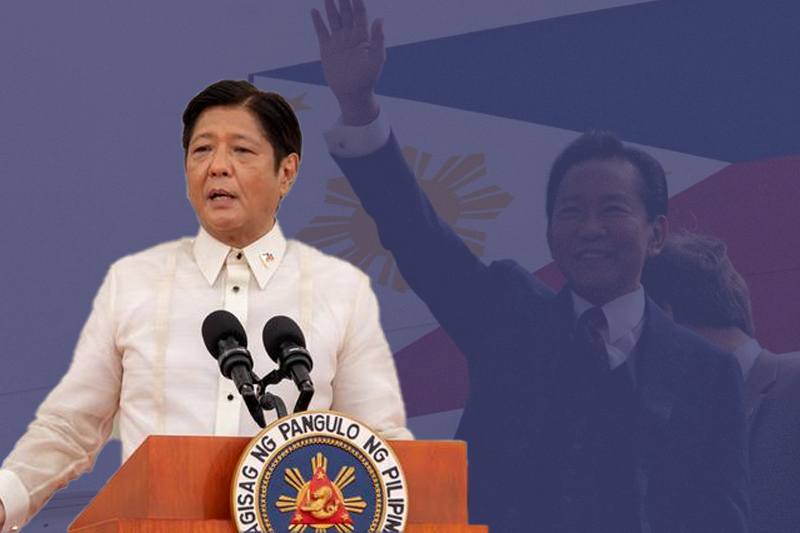 On Tuesday, September 13, Philippine leader Ferdinand Marcos Jr. defended his late father’s imposition of martial law when he was in power, saying that it was necessary because he was simultaneously fighting communist and separatist rebellions at that time. He made this statement during a press conference held on Tuesday.

Marcos, the son of Ferdinand E. Marcos, who was overthrown in a popular uprising in 1986, stated that his father declared martial law not in order to stay in power but rather because the “government had to defend itself.”

Marcos stated this in his first interview since his landslide victory in the election held in May. “Martial law was declared because of the wars, the two wars we were fighting on two fronts,” Marcos said.

His statements are likely to bolster the concerns of critics who believe that Marcos Jr. has no intention of distancing himself from the tenure of his father and that this could pose risks to democracy in the Philippines. His remarks were likely made in response to a question.

During his interview that was broadcast on television, Marcos Jr. responded to allegations that he and other members of his family had fabricated historical events.

During the course of the election, detractors claimed that his run for president was an attempt to rewrite history by covering up the authoritarianism and corruption that occurred during his father’s 20-year rule.

After overseeing what many historians consider to be one of the worst examples of a kleptocracy in Asia, the elder Marcos and his family were forced to flee the country during the uprising that was taking place against his rule.

Although the Marcos patriarch passed away while in exile in Hawaii in 1989, his family eventually returned to the Philippines to launch a comeback that resulted in the election victory of his son in May.

Decades later, more than 11,000 victims of martial law have received reparations from the authorities in the Philippines. These reparations have been paid for with billions of dollars worth of wealth that was recovered after Marcos was deposed as president.

As he spoke, the incumbent Marcos wiped away tears as he recalled visiting the grave of his father a day after winning the election and asking for his assistance. Marcos had called on his father for support. Marcos recalled telling his late father, “I will use everything I learned from you to continue your work,” before the latter passed away.

Ilagan stated that Marcos Jr.’s ascent to the presidency was facilitated by the fabrication of false narratives and the revisioning of negative historical events.