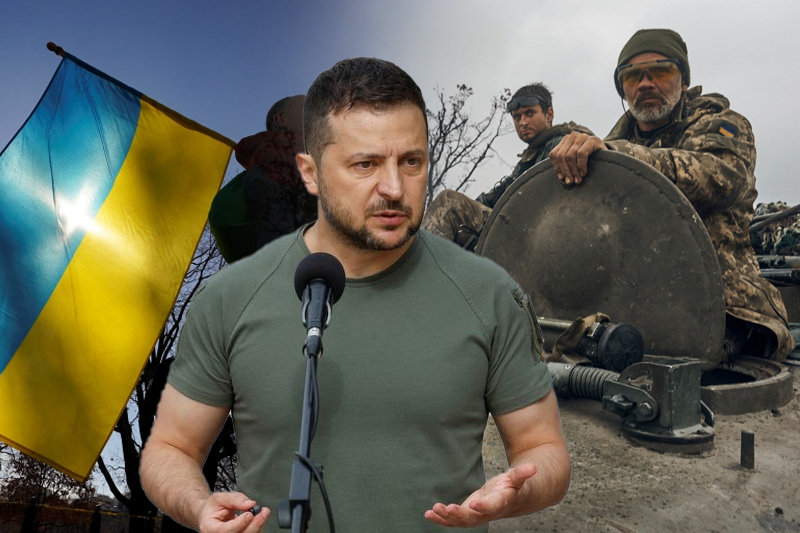 Ukrainian President Volodymyr Zelensky has said that his country’s forces have now re-captured more than 6,000 square kilometers in a successful counteroffensive against the Russian troops. The Ukrainian troops have also many POWs (prisoners of wa) as the Russian troops were surrendering en masse as “they understand the hopelessness of their situation,” said a spokesperson for Ukrainian military intelligence.

In a televised address to nation, President Zelenskyy said, “Since the beginning of September, our soldiers have already liberated 6,000 square kilometres of Ukrainian territory in the east and south, and we are continuing to advance.” The Ukrainian military has confirmed of having freed more than 20 settlements in Ukraine in 24 hours. “Now Ukrainian teams are disarming land mines and other unexploded weapons in the recaptured areas and searching for any remaining Russian troops,” officials said.

On Monday night, President Zelensky denounced Russia’s attacks on civilian infrastructure in Kharkiv as a “sign of desperation”. He said, “This is how they react to the defeat of Russian troops in the Kharkiv region. They can’t do anything to our heroes on the battlefield and that’s why Russia is directing its vile strikes against civilian infrastructure.”

The commendable success of Ukrainian forces has however, not been too celebrated by United States, noting the win as just a small amount of total of more than 600,000 sq km of Ukrainian territory captured by Russia. “Clearly we’ve seen significant progress by the Ukrainians, particularly in the north-east, and that is a product of the support we’ve provided, but first and foremost it’s a product of the extraordinary courage and resilience of the Ukrainian armed forces and the Ukrainian people,” US Secretary of State Antony Blinken told reporters in Mexico City.

“It’s too early to tell exactly where this is going. The Russians maintain very significant forces in Ukraine as well as equipment and arms and munitions. They continue to use it indiscriminately against not just the Ukrainian armed forces but civilians and civilian infrastructure as we’ve seen,” Blinken added.