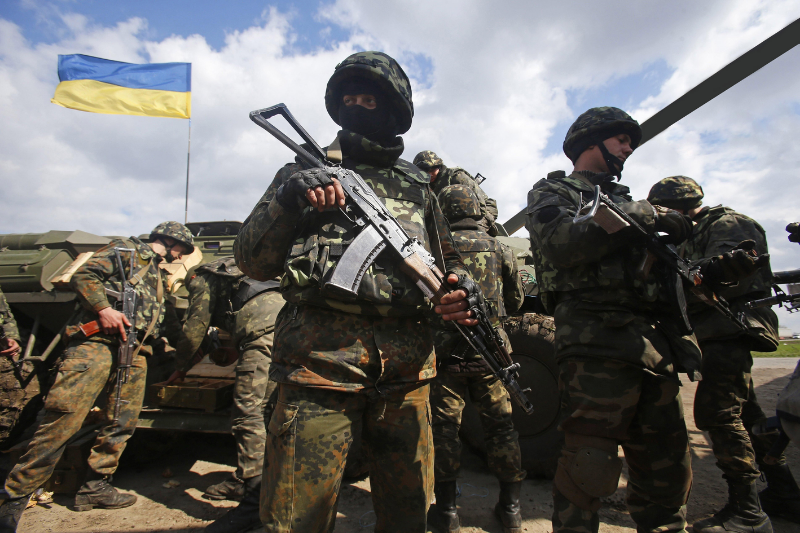 According to Ukrainian officials, Russian shelling in eastern Ukraine has killed at least eight civilians and wounded 25 more in the past 24 hours. According to pro-Russian rebels, Ukrainian soldiers carried out strikes that resulted in the deaths of four people.

In recent days, Russia’s offensive in Donetsk province has increased, according to the Ukrainian presidential office, and Russian soldiers have targeted cities and villages in the country’s southeast.

As stated by Governor Pavlo Kyrylenko in a Telegram post, two individuals lost their lives in the province’s central city of Avdiivka, and one person was slain each in the towns of Donetsk cities Sloviansk, Krasnohorivka, and Kurakhove, according to the governor. “Every crime will be punished,” he stated.

On Tuesday night, Kyrylenko issued an urgent call to the province’s more than 350,000 surviving citizens, telling them to leave the city of Donetsk in order to save their lives and give the Ukrainian army more time to prepare a defense.

Most Ukrainian military is stationed in the Donbas region, which includes Donetsk. Luhansk, the other province in the region, was declared fully seized by Russia on Monday by Russian President Vladimir Putin following the withdrawal of Ukrainian troops from the last city under their country’s control.

Russian forces have not totally occupied the Luhansk region, according to Governor Serhiy Haidai. In the villages surrounding Lysychansk, where Ukrainian troops evacuated and Russian troops took over on Sunday, the heavy battle raged on, according to him.

“The Russians have paid a high price, but the Luhansk region is not fully captured by the Russian army,” adding, “Some settlements have been overrun by each side several times already,” Haidai said.

Claims that the Russians are using “burning and destroying everything on their way” have been made by him.

Residents of Lysychansk and Sievierodonetsk, both of which were captured by Russian and separatist fighters earlier this month, remain in the two cities, Haidai has claimed.

For the past eight years, pro-Russian rebels have fought against Ukrainian soldiers and held sway over large portions of the Donbas. Before Russia attacked Ukraine on February 24, Vladimir Putin acknowledged the independence of the two self-proclaimed rebel republics in the area.

According to Donetsk separatist officials, Ukrainian shelling has killed four civilians and injured another 14, according to reports released on Wednesday. According to media sources, a munitions store was shelled on Tuesday, resulting in tremendous explosions.

Since the Russians were unable to seize Ukraine’s capital city of Kyiv, they shifted their offensive to capture the remaining Ukrainian-held territories of the Donbas region instead.

According to the Kharkiv regional governor, Russian soldiers fired missiles toward Kharkiv, Ukraine’s second-largest city, overnight to the north of Donetsk.

Governor Oleh Syniehubov stated that three areas of the city were singled out for attack. According to the governor, one person was killed, and three others, including a toddler, were injured.

A military registration building was hit by a missile. The government building next door was still standing, and passersby were only too aware of the devastation just a few feet away.

First responders sifted through the rubble of a second overnight bombing at Kharkiv’s national teaching institution in a more deserted area of the city. The wind swayed the pages of old textbooks.

As the war entered its fifth month, the attacks on the city near the Russian border signaled there would be no respite.

As many as 100 Ukrainian soldiers and four armored vehicles were reportedly killed near Kharkiv, as well as a Ukrainian air defense radar and a camp for foreign fighters in Mykolaiv.