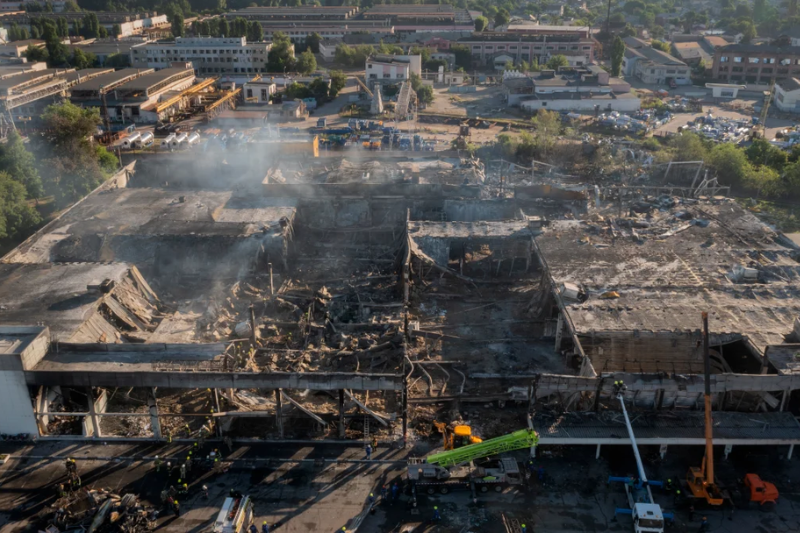 Residents of a residential building and a recreation center in Odesa in southern Ukraine were among the 20 people killed in the nighttime Russian missile attacks, according to officials that were present on Friday.

Sixteen people were killed in the attack, which occurred in a residential building, according to Ukraine’s State Emergency Services.

At least four more people, including a toddler, were killed when a missile hit a community center while a third missile fell in a field. Responders say at least 38 individuals were left wounded.

Yevhenii Yenin, the first deputy interior minister, spoke from the scene of the attacks on Friday, “We don’t expect to find anyone alive, but there is a chance.”

Several weeks of fighting have raged in the Odesa region, which borders the strategically valuable Black Sea. Some Ukrainian officials, however, are hopeful that the reclaiming of Snake Island, a Ukrainian outpost on the Black Sea, would lead to a decrease in the bombardment of Odesa.

“It’s now known why the enemy took the Snake Island. They filled the territory with the means of destruction and fired from them. We hope now shelling of the territory of Ukraine will decrease,” stated Friday by state border service spokesperson Andrii Demchenko.

Dmitry Peskov, a spokesman for the Kremlin, said Friday that Russia doesn’t target residential areas in Ukraine, and he reaffirmed the notion that Russia only bombs structures that hold weaponry or are used for training. As with past statements following Russian strikes, he failed to produce any proof to support this.

Slow but significant progress has been made since Russia shifted its focus to Eastern Ukraine. Although Ukraine conceded only to a “partial” Russian victory, a Luhansk People’s Republic official claimed on Friday that Russian troops had “completely taken over” an oil refinery in the beleaguered city of Lysychansk in eastern Ukraine.

Serhii Hayday, the chairman of the Luhansk military administration, says that the Russian barrage on Lysychansk has been persistent.

“People dream of at least half an hour of silence, but the occupiers do not stop firing from all available weapons,” Hayday stated on Thursday.