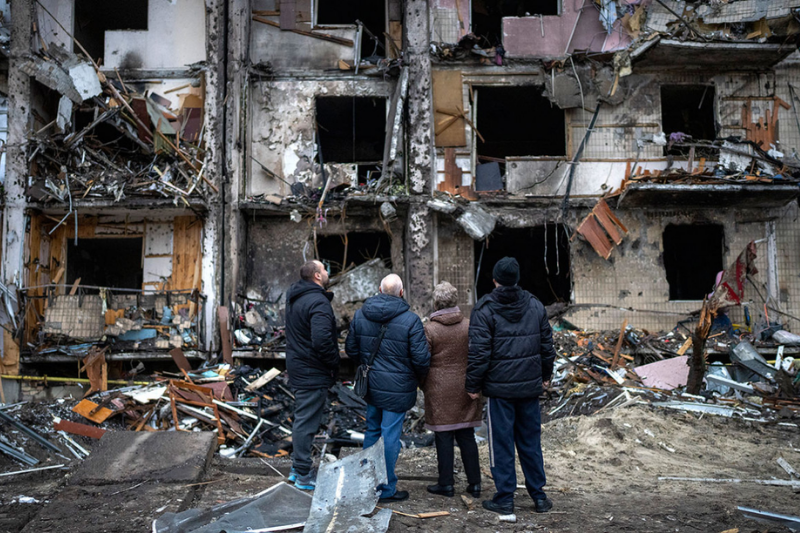 Official from Ukraine warns "catastrophe" in the occupied city

Official from Ukraine warns “catastrophe” in the occupied city

In a city taken over by Russian forces two weeks ago, Ukrainian regional officials have expressed concern about the deteriorating living conditions there.

A Ukrainian regional official said on Friday that living circumstances in Sievierodonetsk, a city seized by Russian forces two weeks ago, are deteriorating and that the dead are decomposing in heated apartment complexes due to a lack of water, power, and a functioning sewage system.

Serhiy Haidai, the governor of eastern Ukraine’s Luhansk province, claimed the Russians were launching indiscriminate artillery barrages in an effort to secure their gains. The governor of Luhansk and other Ukrainian officials acknowledged last week that their troops had only kept control of a limited portion of the province, despite Moscow’s claims to the contrary.

According to Haidai’s statement to The Associated Press, “Luhansk hasn’t been fully captured even though the Russians have engaged all their arsenal to achieve that goal.” He added that “Fierce battles are going on in several villages on the region’s border. The Russians rely on tanks and artillery to advance, leaving scorched earth.”

A statement from Haidai says that Russian forces “strike every building that they think could be a fortified position.”

“They aren’t stopped by the fact that civilians are left there, and they die in their homes and courtyards. They keep firing,” he added.

Meanwhile, the governor said on social media that occupied Sievierodonetsk “is on the verge of a humanitarian catastrophe,” adding, “The Russians have completely destroyed all the critical infrastructure, and they are unable to repair anything.”

Pro-Russian rebels had waged a bloody eight-year war in Luhansk, one of the two provinces that make up the Donbas region of mining and factories, which Vladimir Putin acknowledged before he launched troops into Ukraine.

Putin promised Russian forces a chance to rest and recuperate after seizing control of Luhansk, but other sections of eastern Ukraine have been subjected to heavy shelling. Russian President Vladimir Putin warned Ukraine’s capital to accept Moscow’s proposals immediately or face dire consequences.

At least 12 civilians have been murdered, and 30 more have been wounded by Russian bombardment in the previous 24 hours, according to Ukraine’s presidential office. Six people were killed, and 21 were injured in heavy barrages in two cities in Donetsk, the other Donbas region.

This week, four more Ukrainians died, and nine were injured when Russian artillery shelled residential areas in the city of Kharkiv.