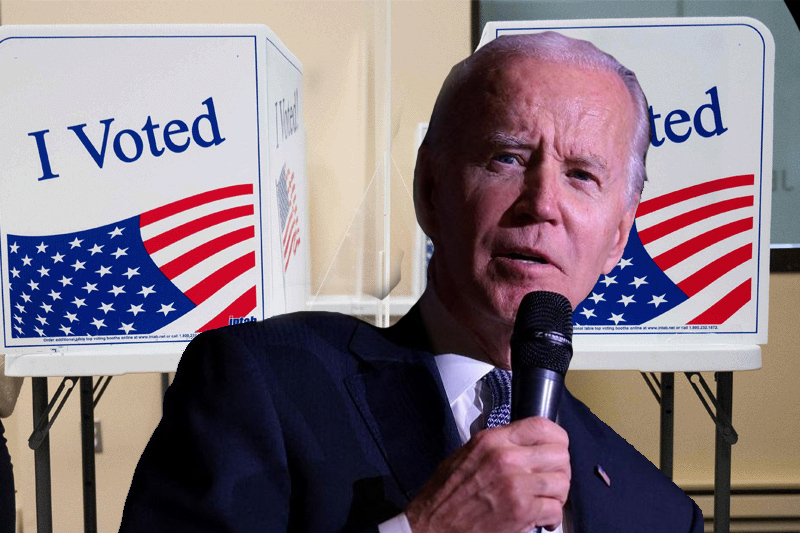 biden shares his intention to run again for presidency in 2024

Biden shares his “intention” to run again for presidency in 2024

United States President Joe Biden has expressed his “intention” on Friday about running for the presidency in 2024, though he hasn’t made any formal decision regarding the same.

“The reason I’m not making a judgment about formally running or not running, once I make that judgment, a whole series of regulations kick in and I have to be – I treat myself as a candidate from that moment on. I have not made that formal decision, but it’s my intention – my intention to run again. And we have time to make that decision,” Biden told MSNBC’s Jonathan Capehart in an interview at Delaware State University in Dover.

During the upcoming midterm elections in November, the agenda of Biden’s presidency future will be the central question. With the latest statement by President Biden himself on his running for the presidential race in 2024, the parleys around his political future will become more rampant. Last month, President Biden had said it was “much too early to make the decision on whether he would run again for president in 2024”.

In the wide ranging interview with MSNBC, Biden also vowed to “use his veto power to protect reproductive rights if Republicans win control of Congress in the midterms and pass laws to outlaw abortion nationwide”.

Talking about the Roe v Wade reversal by Supreme Court, Biden said, “For them to outlaw Roe, outlaw the right of a woman to make a choice with their doctor, to not make exceptions for rape, and incest, and et cetera, and pass it out of the Congress to make it the law of the land, the president has to sign it. I’ll veto it.”