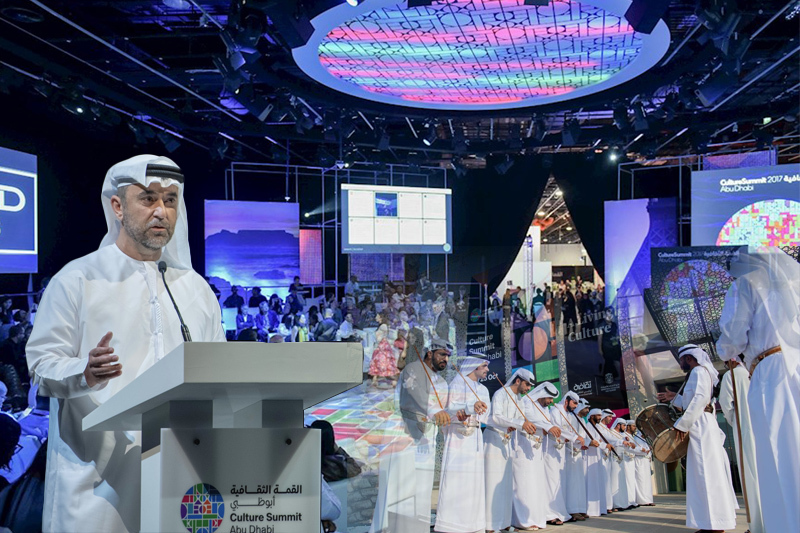 The fifth Cultural Summit 2022 has kicked off in Abu Dhabi with its first in person event in three years due to pandemic. With the Abu Dhabi Cultural Summit 2022, the UAE celebrates its multi-cultural cosmopolitan population, with the aim to reiterate its status as global hub of culture. The three day event began on October 23, with the aim to bring together cultural leaders from across the world under the banner “A Living Culture.”

“I can imagine one hundred years ago, Bedouins in the desert, under the stars, sharing poetry, talking to each other, putting an emphasis on a new level of understanding and a new level of coming together,” Al Mubarak continued in his opening remarks. “This is what we are here for today. We are coming together to continuously solve for solutions.”

On the second day of summit, world-renowned architect Frank Gehry had a conversation with Mohammed Khalifa Al Mubarak about architecture and its impact on societies. “There is joy to be gained making spaces that people are inspired by, live in and work in. We’re all human beings, we all contribute what we can, and we’re actually very equal in the end in what we bring to the table. I don’t have any presumption that I know what the future is, but I do know a building can create feelings, can create communal activity and I think that’s important,” he said.

The Emirates is a proud hub of cultural and religious diversity, with the presence of a mosque, synagogue and a church. Mohammed Baharoon, director general at B’huth, the Dubai Public Policy Research Centre, said that the UAE is a global cultural hub due to its “demographic inclusivity” and “the country’s emphasis on the cultural values that bind different religious and cultural backgrounds.” He further highlighted the country’s strong focus religious harmony and tolerance. “Next to a Christian church in Abu Dhabi, there is a mosque – the Mary, Mother of Jesus Mosque,” he said, highlighting the UAE’s policy to promote inclusion.

“The very fact that so many people from other parts of the world flock to the UAE and try to stay here as long as possible, is an indication that they are comfortable living here,” he said. “If the culture was not embracing the differences, people would vote with their feet and leave the country.”